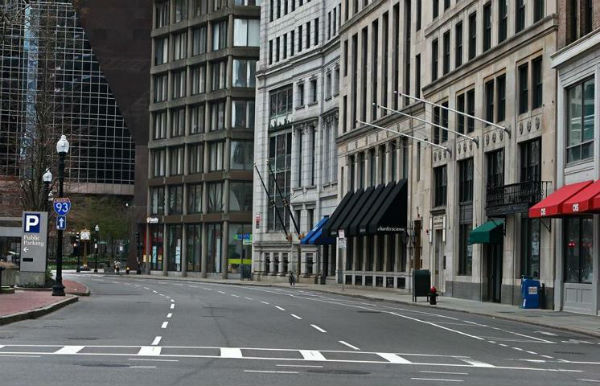 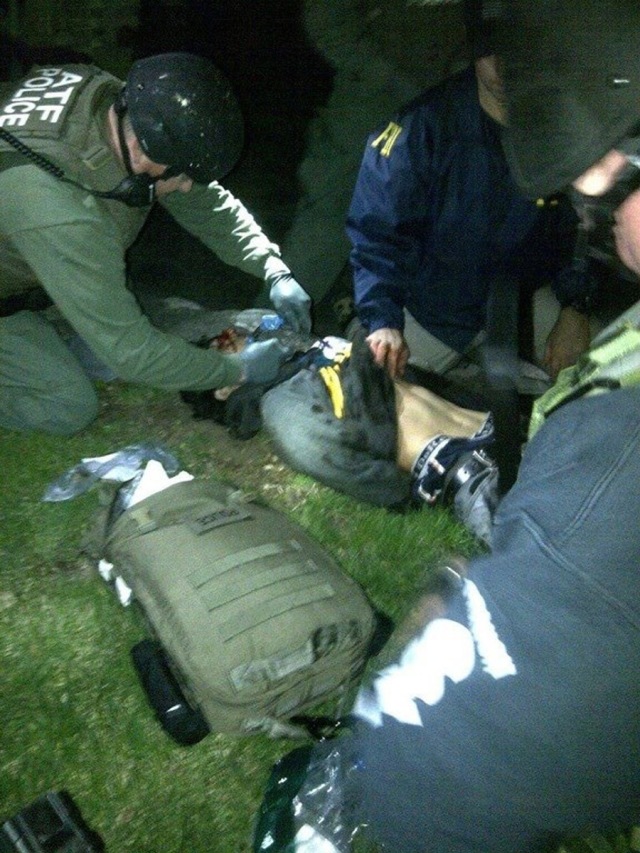 I’m still trying to wrap my mind around the fact that an entire urban area with a population of 1 million was put under lockdown to track down a confused and deluded nineteen year old mass murderer. On the one hand, if a lunatic was out at large on a murderous rampage, I’m pretty sure that I would have stayed at home and made sure the doors and windows were locked. On the other hand it makes no sense, even frightening when one considers the power of a state apparatus to close down an urban system. For more Boston pictures, see here. What strikes me most is how, in the interest of protecting innocent human life, the public visual field comprising an entire urban area has been scrubbed of human life.

People are commenting about the full reach of the surveillance state, and the control of populations. This is what, in the world of critical theory, goes by the name of bio-politics or bio-power. Its theory has a lot to do with Foucault and Agamben. Part of the theory is that the modern period marks a new and extensive threshold over the powers of social control, discipline, and regulation. About this, I wonder. At a symposium at Syracuse the other week, someone mentioned, or perhaps I remarked to myself (I forget which), that the norm in human history was one in which, in every social organization, everyone was always under the eye of everyone else. This would be true of the most archaic group systems, as well as village life. Even in ancient and medieval cities, this must have been probably true, given how small they were. The exception to the rule was the last 100 years or so when masses and masses of people left the countryside for large metropolitan settings. The metropolis once seemed to afford a measures of privacy and freedom mixed with anonymity and anomie. Historically, those same social systems began to develop the kinds of disciplinary technologies, based on imaging and computing technologies, that have now re-created, or re-designed those old systems of social control in which everyone knew and could track everyone else.

The difference between modern and pre-modern systems of social control, and it’s an important one, has to do with demographic scale. Populations and information are more massive than anything ever imaginable. It’s a new and dangerous world. But I’m going to be naïve here and maintain that constitutional, representative democratic systems based on check and balances are still the best political systems because they allow “us” “citizens” the ability to check and regulate the very disciplinary technologies that allow their operators to check and regulate us. Information is double edged. On the one hand, it grants immense power to its operators. On the other hand, the information is always insecure insofar as the information is porous, not under the firm control of any one single group of operators.

The picture of the ATF officer apprehending Dzhokhar Tsarnaev reminded me of related phenomena. In these kinds of mass bio-political systems, what we identify as “human” is distributed across a range of related creaturely topoi, namely the “machine” and the “monster.” In the photograph, Tsarnaev would be the monster. As for the machine, that would be the ATF officer, equipped, supported, buttressed as he is by all types of high tech technologies, including artificial illumination and other visualization technologies, infrared imaging devices, communication systems, robotics, and weaponry. In the photograph, the officer seems carefully to hover over the body of the monster, bloodied and prone.

It seems to me that today the potential for harm and the potential for control mirror each other. Others will feel differently and more suspiciously, but in this case, my sympathies, while they do not preclude the monster, are largely with the machine, whose purpose is intended, in this particular instance, to protect human life from mass harm. In either case, monsters and machines would seem to belong to each other, almost intimately.

Zachary Braiterman is Professor of Religion in the Department of Religion at Syracuse University. His specialization is modern Jewish thought and philosophical aesthetics. http://religion.syr.edu
View all posts by zjb →
This entry was posted in uncategorized and tagged Boston, politics, technology. Bookmark the permalink.