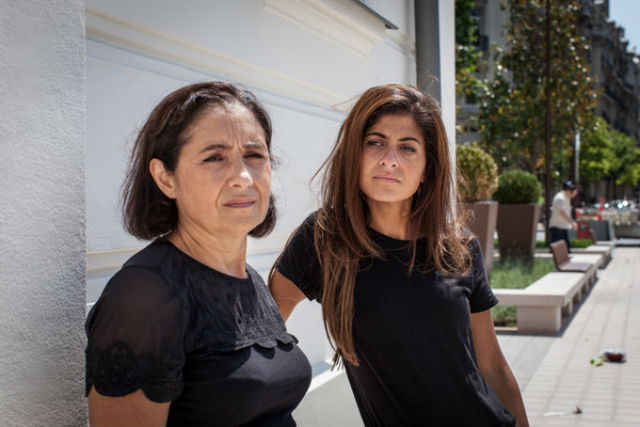 I often turn to Mondoweiss here at JPP because he is a vocal Jewish voice supporting BDS. His writing against Israel enjoys the visceral verve that comes from seeing one side to a story from a fixed point perspective. I read him regularly because he stands out as a bell-weather of American anti-Zionism. Giving anti-Zionism the bad name it may or may not deserve, as often as not the thinking is rank, even crude. Writing about recent coverage of Israel-Palestine at the New York Times, there’s this bit regarding the story the NYT ran about French Jews leaving France for Israel. At Mondoweiss, French anti-Semitism is no big deal.

On the next page of the Times, A6, the Israeli killings of Palestinian youths are reported, along with the Israeli sweeps across the West Bank; but right under that is a story about Jews leaving France for Israel because of rising anti-Semitism in Europe. Not till the fourth paragraph do we learn that the number is small: 1407 out of 500,000 French Jews in the first three months of the year. Not till the fourth paragraph from the end of the story do we learn that economics as much as anti-Semitism is prompting the French Jews to leave: business opportunities in Israel. Should the piece have also discussed the great levels to which Jews have risen in French business and political life? We feel that the Times is proclaiming a molehill to be a mountain.

You can read the whole thing here.

Zachary Braiterman is Professor of Religion in the Department of Religion at Syracuse University. His specialization is modern Jewish thought and philosophical aesthetics. http://religion.syr.edu
View all posts by zjb →
This entry was posted in uncategorized and tagged anti-Semitism, BDS, Israel. Bookmark the permalink.

1 Response to French Anti-Semitism — No Big Deal at Mondoweiss