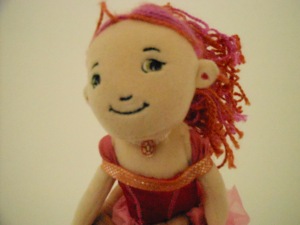 The installation is about as basic as you can get. The gallery space was painted white. The line between the floor and wall was obscured so as to disrupt any perspectival cue. The entire space is infused by light that fades on and off at longish intervals. The press release from David Zwirner calls a work like SA MI 75 DZ NY 12 an “infinity environment.”

[1] Infinity. Looking out directly into the wall, there is no perspective, no perspectival depth. There’s “nothing” to look at except pure white light. That is the view given when you edge up –carefully— to the wall. As a visual object or frame, the wall has been cancelled out. You know it’s there, but you can’t see it. It appears to the eye as if you have edged up to the abyss. Optically, I guess you have. Entering into the space, you step into light. But that’s not the end of it. If that was all there was, I don’t think the work would work as well as it does. It would be boring.

[2] Objects. Look ahead from the entrance of the installation. Or from the edge, you can turn around to look at the other people in the gallery space. Bodies, objects, and colors present themselves to the eye in clearly articulated shapes. Framed in light, the separate objects (shape and color) simply pop; a sensation of pure, pleasant qualia, subjectively felt. It’s the balance (I won’t say “tension”) between infinity and object that animates SA MI 75 DZ NY 12. Almost anything looks good here.

The installation lends itself to at least two questions:

–Is this a form of “bad infinity”? By bad infinity, Hegel meant a constant, unresolved, and therefore tedious alteration between finitude (the finite object) and infinity (infinite white light and space) in binary opposition.  In bad infinity, the infinite and the finite remain external to each other.  Or is SA MI 75 DZ NY 12 what Hegel would have called a “true infinity,” which has present in it the finititude which is distinct from it, in which the thought of infinity is brought together with the finite in the return of becoming into self.

Wheeler’s installation is a simulated, artificially controlled infinity space. The place is meticulously maintained. Visitors enter wearing special slippers over their shoes. The dirt they’d otherwise track in would mar the effect by providing the eye perspective around which to orient itself. Only the floor and the foot’s tactile contact with it break the illusion. You find the wall with your feet. Inch up, look up, and find where the floor begins to slope up into the wall. Does this need to check and double check the edge of the space make the installation a bad infinity? Probably not.

To me, the wonderful thing about Wheeler’s installation is that it is an ideal place to see “nothing” and to look at objects.

This makes for a very good infinity. Expecting something cold, I was surprised to find the space incredibly immersive and warm (because of the light and the heat generated by the lighting). Nor did I find it socially off-putting. Some of visitors went up alone and looked out at the edge, perhaps in contemplation and wonder, thinking who know what thoughts. Others hung a little back and simply talked to each other, about the installation and/or about who knows what else. Being alone while being together. I didn’t find it tedious at all. I did not want to leave and left happy when I did.

–A second and more materially informed question stimulated by the installation concerns the object-character of objects, especially gross ones. Because of the “purity” of the white light, Wheeler’s installation place is dirt-impurity sensitive. It’s a little disgusting to say, but at one point I had to pick my nose. It was only dry mucus, but I didn’t know what to do with it. It just didn’t seem right to crumble or flick it off my finger. I did not want to impair the purity of the place. I just wouldn’t do it. I couldn’t. So I carefully rolled the dry mucus up and disposed of it in my back pocket. There are rules for this kind of thing, like what to do and say when you pass gas in a synagogue.

It seems to me that the simple act of carefully disposing of the extract was both “free in” and “coerced by” the purity of the light and space. This is precisely the point made by Mary Douglas in Purity and Danger and Brian O’Doherty in Inside the White Cube about the way purity systems, religious-ritual or aesthetic, are designed to register and resist alien material.

The rules regulating dirt and other bodily deposits are just different in this kind of light and space than they are in ordinary spaces. Unlike in ordinary spaces with its shading between light and shadows, nothing is hidden in this specially contrived place. Having freely entered into the system, I was already predisposed to committing myself to the place and its visual and spiritual values.

Zachary Braiterman is Professor of Religion in the Department of Religion at Syracuse University. His specialization is modern Jewish thought and philosophical aesthetics. http://religion.syr.edu
View all posts by zjb →
This entry was posted in uncategorized and tagged art, Museums & Galleries, object, perspective, synagogue. Bookmark the permalink.