Modern Art & Otherworldly Jews (The Steins Collect, at the Met) 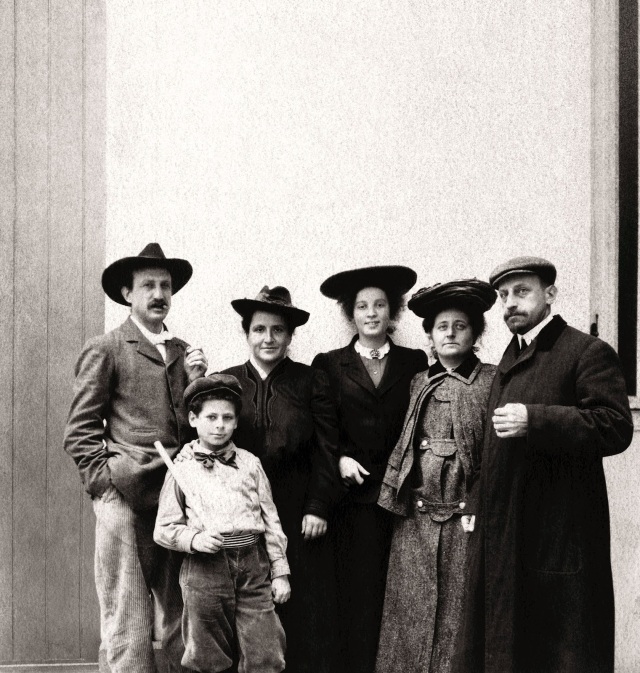 Went to see The Steins Collect at the Met yesterday. The exhibition exhibits the gobs of art collected by the Stein siblings —Leo, Gertrude and Michael Stein, and Micahel’s wife, Sarah. Moving to Paris in the early 1900s, they apparently couldn’t afford works by Impressionist and post-Impressionist masters, so they bought up as much Matisse and Picasso as they could get their hands on.

The art is terrific, but you’ve seen it almost all before in exhibitions, catalogues, posters, and coffee mugs. The real stars of the show are the Steins, the point about which has to do with connoisseurship, network culture, private-public space, the consciousness of finding and fielding something genuinely new. The art junks up the walls of the galleries, mimicking the incredibly overcrowded walls of the Stein’s apartment in Paris.

Of particular interest to me are these stylish, assimilated Jewish siblings, the way that new Jewish money cultivated the new modernism in the visual arts, the bohemianism (ugly brown corduroy outfits and sandals!!), the way the Steins opened up their home and made their collection accessible both to members and to critics of the avant-garde art community, and Leo’s catty words about Picasso and his sister, especially this double use of the word ain’t: “Both [Picasso] & Gertrude are using their intellects, which they ain’t got, to do what would need the finest critical tact, which they ain’t got neither, and they are in my belief turning out the most go’almighty rubbish that is to be found.”

I also like, a lot, the object character of the individual paintings. Like the Steins themselves, they are each discrete and colorful. You walk by each piece and can’t believe how good each one looks with the others. A friend of mine loved the frames, which is so Derrida, Truth in Painting.

Gertrude (surprise, surprise) comes off looking pretty bad by 1938. Why she thought Francis Rose was going to be the great artistic genius of his generation is beyond me,  and the 1934 opera Four Saints in Three Acts  composed with Virgil Thomson is too awful to believe. The curator in the video provided by the Met tries to put a game face on it, but I think its only virtue is the resemblance it bears to something out of a Marx Brothers movie.

I would have liked to have seen more made of Sarah Stein’s interest in and conversion to Christian Science. About spiritualism and “the spiritual in art,” the Met remains agnostic. I guess I’ve trained myself to think like this, but I cannot help but think the Stein’s are “otherworldly.” By “otherworldly” I mean something very ordinary, not necessarily supernatural. As historical, nay the mythic figures as presented at the Met, the Steins no longer belong to our contemporary world. You see this through the photographic blowups of the Steins and their digs that are an integral part of the installation.

Yes, the art is magnificent. The careful studies of bodies, fruit, and landscapes can be called “eternal” in the limited sense by which a work of art’s object character allows it to survive the time and place of its creators and collectors. This “eternal” quality is then complimented by the photographs, which have an indexical, memorial quality. They pull back and uncover for a brief moment in the present a coy semblance of what once was another place and time.

This is the type of exhibit that exhausts a lot of time in the welcome cool of the air-conditioned galleries. Then, on a bright and hot day, you walk out back into your own time and into your own world.

Zachary Braiterman is Professor of Religion in the Department of Religion at Syracuse University. His specialization is modern Jewish thought and philosophical aesthetics. http://religion.syr.edu
View all posts by zjb →
This entry was posted in uncategorized and tagged art, Museums & Galleries, New York. Bookmark the permalink.