(Why?) Judaic Studies & the Humanities 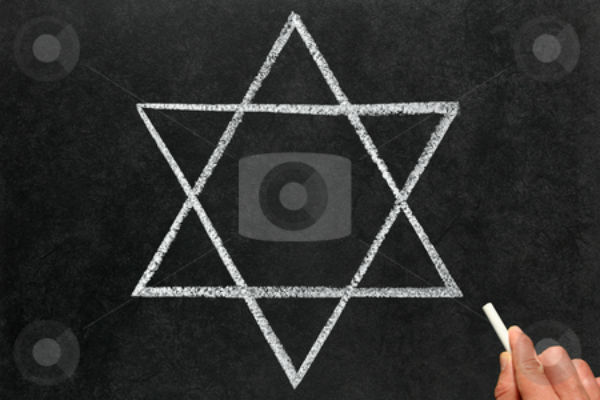 This is the longer version of what I compacted the other day onto a single page, trying to find some kind of orienting point around which to build up a Judaic Studies Program. As the new director of Judaic Studies here at Syracuse, I have the unenviable task of trying to pitch Judaic Studies, including a major or minor, to undergraduates already devoted to other lines of study (in the Humanities, but also the Social Sciences, Communication, Business, and Visual & Performing Arts, as well as pre-law and pre-med). Our best students here at SU are keyed into very intensive programs outside the traditional Humanities and Social Sciences.

Our students may not have learned how to write and their ability to read or to even pay attention seems to atrophy more and more with every passing year. But I think it would be a mistake to underestimate them. They are smart and they are agile and they know how to navigate networks in ways that we, their teachers, can barely comprehend. Most of all, they are our students, which means that we, as faculty, are “responsible” to them, meaning that we have to be responsive to them. How do we interest them in the Humanities, writ large, and in Judaic Studies, writ small?

Part of the trick is this. Pitching the Humanities and Judaic Studies might be a fool’s errand, I admit, but I’m going to bet that there’s a tremendous opportunity out there. Students today typically double major. As in any Humanities department or Program, the question is how Judaic Studies might “value add” to what they are already doing in the real world outside Judaic Studies, how to articulate what are the unique perspectives brought from Jewish culture and Jewish thought to the study of anything else.

Another part of the trick, at least for us at Syracuse is to keep in mind that the focus of our Judaic Studies Program here at SU is on “modern Judaic Studies.” Given our limited financial resources, we realized that we could never be an all-purpose Jewish Studies Program. Sad but true, this actually makes it easier to pitch the Program, because the modern makes more sense to undergraduates today than do ancient and medieval studies.

For a non-traditional, interdisciplinary Program such as Judaic Studies, I think we always have to figure out how to pitch a Major or Minor to any group of students outside the small group of students who are already definitely interested in the kind of stuff we’re already doing, to students who might be interested, but already have a lot on their plate. And if this sounds like a crass marketing ploy, well, in part it is, but not just. I think we have to be able to articulate a reason as to why we think a student should invest his or her time in an intensive study of Jewish society and culture, and to do so in so many words. Isn’t that a part of what it means to be self-critical?

It’s not easy. You have only 2-3 short sentences to make the pitch. Appeals to family ties won’t do the trick, nor will appeals to religious obligation, spiritual insight, social justice, multiculturalism, and inclusion. The reasoning has to be secular and practical-utilitarian. Again, this might sound crass, but time is precious and concision is a beautiful thing. To be sure, we are all complex creatures, but one should be able to explain oneself in a few simple words, no?

One way to start thinking about this is to flag unique perspectives brought by Jewish culture, society, and thought to the study of Art History, Creative Writing, English and Textual Studies, Gay-Lesbian-Bisexual-Transgender Studies History, International Relations, Middle Eastern Studies, Philosophy, Political Science, Religion, Religion and Society, Science, Women and Gender Studies, as well as to business, education, media, and the visual and performing arts. The idea here is that the Jews, Judaism, and Jewish Studies connects up, can connect up, should connect up with just about anything and everything else.

But what are these putative perspectives that are “unique” to Judaism? It’s a long story, and it builds on “network culture” and “the place of Jewish culture.”

I think these “unique” perspectives have to do with the tension and the overlap between outlier and insider perspectives that determine Jewish life and thought. These perspectives reflect the peculiar positions or place of a small, historically tight-knit but dispersed people or group caught, often simultaneously, sometimes inside, sometimes between, and sometimes against competing political empires, cultural majorities, and dominant intellectual systems. I want to be careful here not to reify some putative “Jewish mind,” but this way of “locating” the “place” of Jewish society and culture lends itself to a curious bi-valence somewhere between engaging in the physical world and the things that define it and a certain skepticism regarding that very world and those things that define it.

Judaic Studies explores a set of orientations, ways of being in the world. Maybe a student might want to consider a Major or Minor in Judaic Studies  because…Because why? Because a Major or Minor will open up the world for you, because it opens up your orientation in the world, because it makes the world for you into a more complex place, because what you see and understand from “here” you won’t see or understand from “there” or from anywhere else, because a careful attention to Jewish society and culture will hone or sharpen your view of the world.

But that’s both laying it on thick and saying nothing at the same time. It may or not make sense as a theoretical claim about place and Jewish identity. But how do you translate these ideas into a more concise and straightforward claim about the importance of Judaic Studies? What am I supposed to tell an undergraduate whose needs and interests are more utilitarian, and who doesn’t have a lot of time for a lot of talk?

Maybe this is part of the pitch: In terms of intellectual content or intellectual capital, Judaic Studies is a hub discipline that adds a parallel and contributing set of data-points to the study of International Relations in relation to the Middle East, to the study of literature or philosophy or religion or political theory, to the visual and performing arts, or to ancient, medieval, European, or American history or literature or philosophy. By the way, you can say this also about African-American Studies LGBT, Women’s and Gender Studies, etc. The study of these micro-formations will make you better at what you do, more knowledgeable, more savvy, more arch, more complex and critical in your approach to the world.

Maybe this is also part of the pitch. In terms of social form or intellectual capital, I think we have to be honest and admit that, in part, Judaic Studies is not just the study of an object or a group of objects or data. It is also the constitution of a social network of fellow-faculty and fellow-students, who work together, study together, and stick together. This is only clannish if you neglect to remember that, in  the modern university, identity is porous. You don’t have to be Jewish to belong to this network, and it’s actually more “cool” when you’re not.

And maybe this too is part of the pitch. In terms of human capital, I think we need to remind our students constantly, especially in this technological environment, that they are human beings,that we all come from “somewhere” and that these perspectives contribute to who we are and what we do in the world. (So I guess human sentiment wins out in the long run.)

I’m still wanting to boil it down to a single sentence or two, and would appreciate any help from you, dear reader. But in the end, a pitch is just a pitch, the start of a conversation that won’t even begin to happen without some prior point of interest on the part of a student. And then it goes from there, in whichever direction the conversation moves. I am going to have to assume that students themselves will be the ones who figure out practical as well as more personal points of connections between Judaic Studies and Everything Else, between who they are and what they study. It’s our job as Judaic Studies faculty to figure out how to help them figure it out and how to make it happen. I’ll keep you posted if I come up with anything half way decent. Right now, I got nothing.

3 Responses to (Why?) Judaic Studies & the Humanities