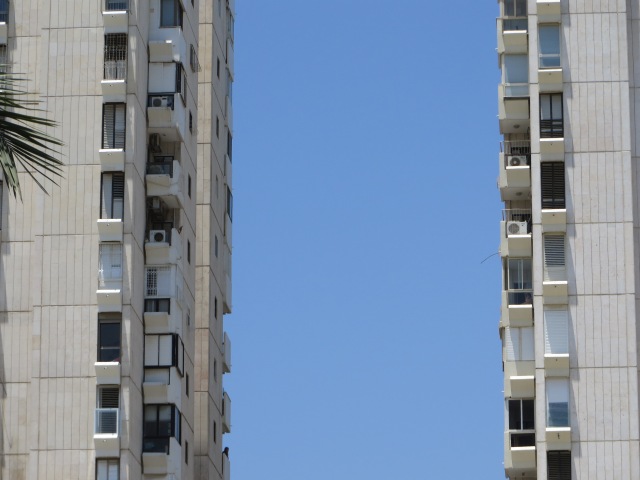 These things, politics and the quotidian form of ordinary life, don’t always mesh up, and I don’t think they are supposed to. A friend back home in the United States asks how the trip to Israel is going, and I have to admit I’m having fun. He notes the lack of a guilty conscience, reminding that it’s probably not too much fun to live in Jenin. But of course, I’m not in Jenin.

Clearly the kind of pleasure that a trip to Israel might mean for me doesn’t square with any political circumstance, chiefly the occupation of the West Bank and anti-Arab racism and social injustice in the country; and just as important, the mayhem just a few hours drive away in Syria, and the chaos further south in Egypt. I guess I don’t think there’s any way to square the circle. As for what I post here at JPP, it’s almost always what I see, or about what I read, and what I see, most generally, reflects a limited point of view from deep inside a bubble of relative privilege and comfort.

These are some of things that I “saw” my first week in Tel Aviv. There was a noisy little demonstration that we followed Saturday night from the cousins’ in upscale Ramat Aviv Gimmel to the nearby home of the Finance Minister, but it was a little unhinged and not much to look at, and we left pretty soon to get a pizza; and a long Friday afternoon and early evening under a hot sun at a roof top party with another cousin, on Jerusalem Blvd in Jaffa, just down from the mosque with the gorgeous golden roof; a perfect plate of schwarma with salad, grapes, a grilled yellow pepper and beet at the Carmel Market; and Arabs and mostly Jews hanging out on the beaches; and getting kicked out of an Israel Philharmonic rehearsal, which is generally free and open to the public; and not figuring out how to use the city bike share program; and the almost indescribable Russian Israeli beach scene at Bat Yam; and watching an episode of Gatekeepers on Israeli TV on a slow Saturday afternoon along with lots of BBC on the television.

What I get to see is generally charming, nothing special. Maybe the politics will bother me more when we go up to Jerusalem, with all the religious people and the more rightwing atmosphere. With the mass of young people and so much money, culture, art, and good food, with its broad avenues narrow streets, and Mediterranean vistas, Tel Aviv is self-entrenching, a place very much unto itself that burrows into its own unique groove. It’s as unreal a place as any real place could ever hope to be.

The first couple of days in Tel Aviv, my head was full of sun and salt water. It’s not that I’m unaware of the politics, which otherwise obsess my online reading back home in the United States. It’s just that being here the politics is crowded out by more the more quotidian stuff a person such as myself encounters in daily life when knocking about with two small children in a foreign country where I happen to have lots of family and friends, but no significant political contacts. One sees what one sees from the place from where one sees it.

About these kinds of aesthesis, it’s sometimes best not to moralize, not too much. Regarding this trick relation between politics, aesthetic pleasure, and ordinary life, I’m not sure it is that much different back in the United States, the things I think about being in and out of synch with the things I see on a daily basis. At home, the historical and contemporary injustices, especially historical things like slavery and the dispossession and genocide of native peoples and the wars of expansion that still define the United States are more sedimented, more deeply “forgotten.” In the States, the rules of the game more broadly agreed upon by a larger mass of people than is the case in Israel, and that’s what makes Israel different, unstable, and volatile, either in actu or in potentia. In Israel there’s almost no consensus, neither local nor regional agreement about the current unstable status quo between the multiple sides of sharply divided and hopeless conflicts, all the grinding parts are still hot and very much in motion.

At any rate, the two-state or one-state future of Israel-Palestine is not going to be decided today or tomorrow on my watch on a Tel Aviv beach. These different things, the micro-politics of ordinary life and macro-political arcs, move along different tracks, the one following the other and the other the one. The way it seems to me, Israel is stuck in its own set of narratives, aware that the not-illusion that the bubble will last for as long as it lasts, in one form or another. It’s hard to gauge, anticipate, or make change happen, and we all live our lives as best we can in the interim always under this or that moral and political compromise.

I’m always interested to track how my more political friends move about in the world. In particular, I think a lot about the oscillations by which consciousness moves back and forth, rolling in the round between politics and non-politics. But I realize now that I am on firm phenomenological grounds. Mine bears some resemblance to the point about the different streaming zones and fringes of consciousness made by Edmund Husserl. Knocking around Tel Aviv today, I found this bit of phenomenology very helpful. “What is attended to,” Husserl wanted us to know, “in the specific sense, subsists in the more or less bright cone of light.” “[B]ut it can also shelve off into the half-shadow and into the full darkness…This alteration of the lighting does not alter that which appears in and through the meaning it conveys, but brightness and darkness modify its mode of appearing” (Husserl, Ideas, 248) The point was to observe the wandering of “the wandering glance, which alternately enlarges and restricts its mental span” (249).

Politics and non-politics are never separate, but nor are they identical. That’s what makes the relation so hard to figure out.

Zachary Braiterman is Professor of Religion in the Department of Religion at Syracuse University. His specialization is modern Jewish thought and philosophical aesthetics. http://religion.syr.edu
View all posts by zjb →
This entry was posted in uncategorized and tagged aesthetics, Israel, politics. Bookmark the permalink.