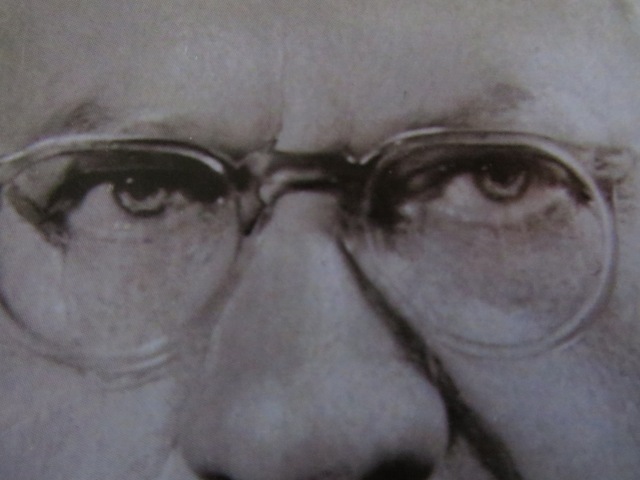 Some of the criticisms I’ve made earlier here at JPP, having to do with Kaplan’s lack of imagination, his dogmatic insistence on “truth,” and the bad “mood” that inundates vast parts of his thinking, at least as it seems to me. What I’d like to develop a little here is the way his project as a thinker is determined and muddled by “functionalism” and what I would propose against Kaplan as the importance of dissonance in relation to religion, self, God, cognition, and the problem of evil. What follows is just a preliminary sketch.

Religion: On the heel of reading Nietzsche’s The Birth of Tragedy, it’s clear to me that Kaplan thinks that civilization is plastic, that life is plastic, and that he wants to use reason in order to fix life. Speaking as a scholar, maybe one might want to argue that descriptively maybe religion doesn’t bring about, at least not always, deeper, enduring adjustments (as per John Dewey in A Common Faith, cited by Mel on p. 139). Normatively, maybe it shouldn’t . One can imagine religion or or certain kinds of religion like prophetic ones being mal-adaptive, which is how I would describe Heschel’s theological worldview. As per Nietzsche, but against the spirit in which he claimed it, religion can just as easily assume a hostile and dissonant position vis-à-vis the world or nature or life?

World and Self. For Kaplan the world is a coherent totality, organic in design, that shows signs of intentional purpose or directions towards life, conceived of in terms of organizaiton and increased organization (see Scult, p.140). As Mel argues, Kaplan has pushed the natural beyond itself, to its “highest limit” (p.142). But perhaps he pushed it too far and over the limit. When the early Buber wrote about the integrated, unified self, or the world as a unity, it was always by taking up and assuming the force of chaos and formlessness. Kaplan didn’t have it in him. He is certainly aware of the force of disorganizaiton, especially throughout the Religion of Ethical Nationhood, understood in terms of entropy, that physical force of disorganization by which energy tends to distribute itself out and dissipate, like ice melting in a warm room. One can say the same thing about the self, the idea of a self-integrating, self-perfecting self, that the claims that Kaplan wants to make about them rest on a set of beliefs no more and no less fantastic than the claims made by philosophical theists about God. (Eliezer Berkovits makes this comparative point in his book about and against modern Jewish philosophy).

God. Even Mel admits uncomfortably that, in many ways, Kaplan cared less about God and more about human and social transformation (salvation) and, this is Mel’s chiddush, cosmic consciousness (pp.190, 219, 192). Again about the world pushed to the limit, but this time in relation to deity, I’m not sure why one would want necessarily to identify “the life of the world” with or as “God.” Maybe God is separate not just from the world, but from the life or soul of the world? Maybe they constitute separate substances, or a single substance that has since detached, ecoplastically? I’m not sure on what grounds one can make these kinds of arguments, one way or the other. Homogeneity and heterogeneity are simply conceptual forms of human understanding (as Kant observed somewhere in the Critique of Pure Reason) which Kaplan transformed into ontology, and then amped up as theology.

Cognition & the Problem of Evil. I didn’t quite see this until reading further along in Mel’s book. Part of the lack of imagination in Kaplan is the didactic pursuit of consistent cognitive truth claims. No space has been given the sound of dissonance if the point is ultimately to integrate everything, if everything is made to fit together, and so little room is made for the irrational, i.e for that which stands outside the system of reason, for good or for bad. Mel suggests and there’s no reason to doubt that Kaplan sought a cognitive solution to the problem of evil, that he wanted to be able to make sense of it, to account for it, to balance out its reality (p.265). Against Kaplan, it’s always been my argument that neither human subjects nor their religions have the magical, mystical or practical power to “transcend evil” they seek to claim for themselves (p.266).

If Richard Rubenstein was right, then the problem with Kaplan is the one observed by him in After Auschwitz about something noticed by Mel, who rightly calls Kaplan “a poet of the positive” (p.266). About religion, the world, self, cognition,  evil, it might be best not to hope, not too much or perhaps none at all. Steven Pinker in his book on The Better Angels Of Our Nature wants to argue, on statistical grounds, that we’re getting better and more moral as civilized people, but he can only make that argument on statistical grounds, that allows him to ignore the brute qualia of human suffering, or the possibility that things get worse, not better, now or in the future. What Kaplan fails to do, as a functional thinker, as a scientific thinker, is to take into a more complete account the polarities that mire the human condition, its organization, and its “emergent evolution.”

Here’s a possibility, though. In his heart of hearts, maybe Kaplan understood this, maybe he knew it, but just couldn’t come to posit or say it, not in public, and not to himself in his journals. And maybe that tension involving a realization just under the conscious surface, the one that refuses to speak itself, but sits there nonetheless, is what contributed to the bad mood in which Kaplan seems to have found himself so frequently caught. Or maybe I’m too in thrall with my own suspicious theory regarding the scowl appearing in so many of the photographs taken of Kaplan.

Zachary Braiterman is Professor of Religion in the Department of Religion at Syracuse University. His specialization is modern Jewish thought and philosophical aesthetics. http://religion.syr.edu
View all posts by zjb →
This entry was posted in uncategorized and tagged God, Mordecai Kaplan. Bookmark the permalink.