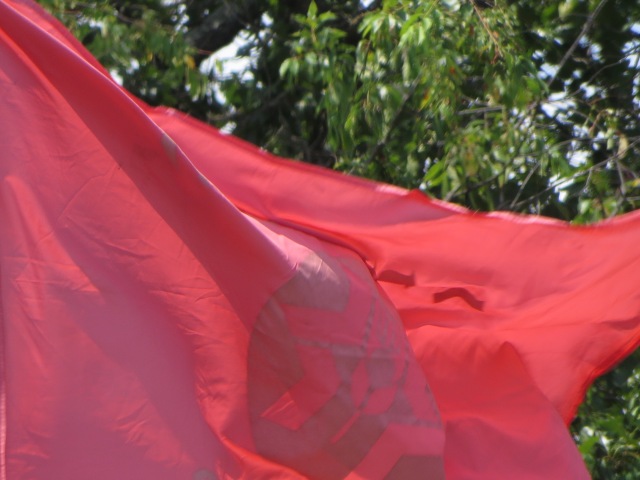 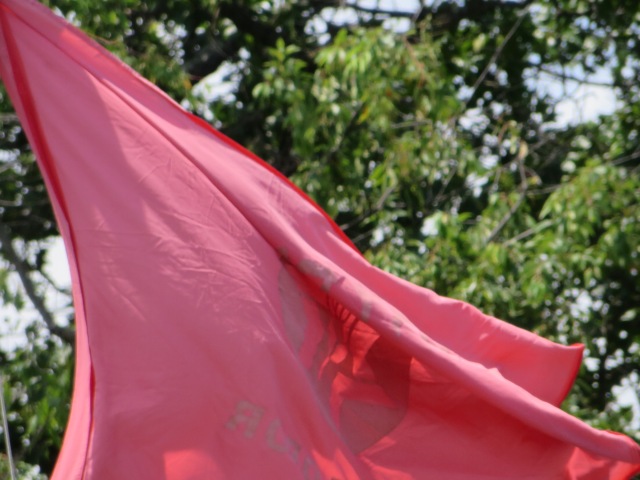 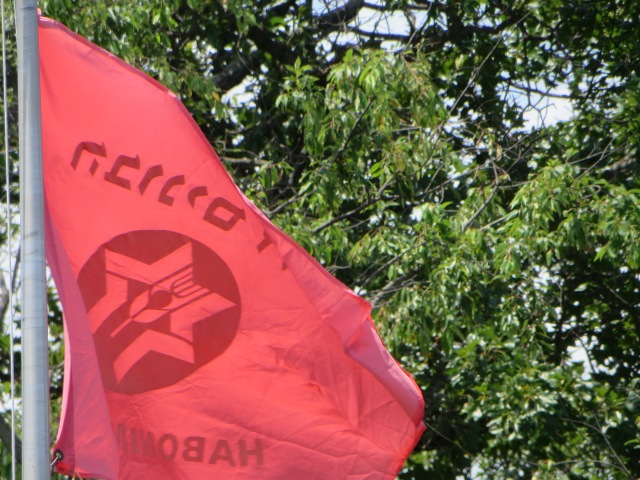 Not the American flag, not an Israeli flag, they’re still flying the red flag at Habonim-Dror Camp Moshava. There’s something deep and atavistic about this symbol, a reminder that, a long time ago in its heyday, Zionism once stood for universal things like socialism and social justice. No matter its very many blind spots, I suspect it was a much better model than the ones now currently pitched on the Jewish cultural market, more idealistic, more political, less trite and “religious.”

Zachary Braiterman is Professor of Religion in the Department of Religion at Syracuse University. His specialization is modern Jewish thought and philosophical aesthetics. http://religion.syr.edu
View all posts by zjb →
This entry was posted in uncategorized and tagged American Judaism, Israel, politics. Bookmark the permalink.