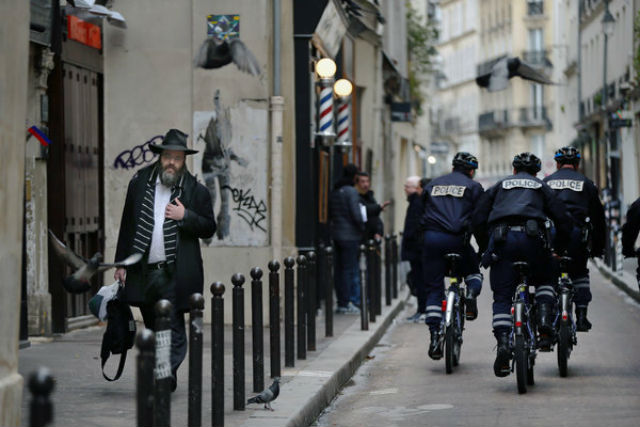 According to the NYT this morning, which you can read here,  the French government is committing 10,000 soldiers to protect Jewish and other “sensitive” sites. A welcome gesture to be sure, but what does it mean to say about the precarious place of a vulnerable population in a society that requires that level of protection? The math comes down to 1 soldier for every 60 Jews. The level of contradiction is such that France right now is damned if they do and damned if they don’t.

Zachary Braiterman is Professor of Religion in the Department of Religion at Syracuse University. His specialization is modern Jewish thought and philosophical aesthetics. http://religion.syr.edu
View all posts by zjb →
This entry was posted in uncategorized and tagged anti-Semitism, France, Paris. Bookmark the permalink.