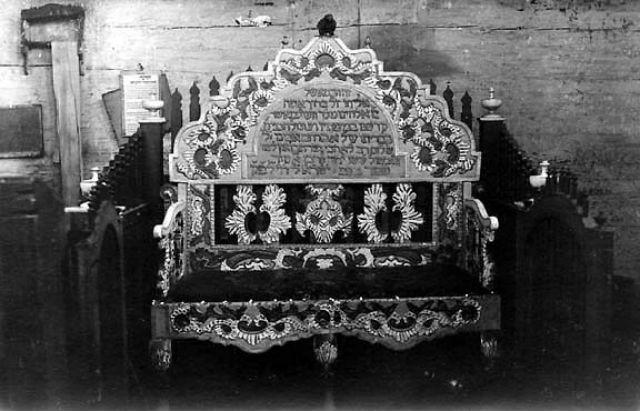 The human person must strive to become a symbol of God —  to judge by its twofold repetition this notion seems to constitute the main point of Man’s Quest for God, Abraham Joshua Heschel’s 1954 little book of essays on prayer (pp.xii, 126). After all, the book’s subtitle is Studies in Prayer and Symbolism. For Heschel, the genuine symbol forms into that meeting place between the spiritual and the material, the invisible and the visible.

As if repeating the opening words of Paul Klee’s maxim about art in his “Creative Credo,” Heschel defines the purpose of the real symbol and of genuine prayer as to render the invisible visible (pp.118, 130). The only true symbol is to stand for God, to be “man” as the image of God, to realize in our acts the image of God (pp.126-7). This is not Heschel’s exact phrase but it would not be too farfetched to call this a theory of the “prophetic symbol.”

Modern prophetic symbolism is anti-mimetic, even anti-art in its basic presuppositions. For Heschel, there is nothing ultimate to symbols. Their efficacy can only be presumed on the basis of the non-symbolic, i.e. of non-symbolic knowledge (130). Echoing Plato, symbols are only imitations of reality, and poor ones at that. Against the “present-day cry for symbols,” Heschel understands it to be “mere esthetics” (p.143). A symbol can only represent something else, whereas what is “ultimate,” presented as the “antonym of the symbolic,” is to be considered in its non-translatability and non-transferability. For Heschel, ultimate is “immediate understanding” and “direct acquaintance” of insights not derived from symbols (pp.141-2). Against the inwardness of spirit, the symbol is only “external” (p.134).

Heschel wrote these essays in the 1950s against what he saw defining the current vogue in the American Jewish synagogue –namely dead worship, empty gestures and figures of speech inside the bright but empty shell of the new synagogue construction dotting the American suburban frontier. Against the current, Heschel’s iconoclasm is bracing stuff. Along with veneer and show, his critique of the external ceremoniality of “sociological Judaism” takes shape as prophetic rebuke (pp.53, 134).

To what effect this iconoclasm? What we lose with Heschel here is not just “veneer” and “decorum.” What gets lost is something more basic, a Jewish look, the “eye” and the “surface,” about which Heschel can only write dismissively. Making the point that Jewish art is ornamental not symbolic, Heschel would have just argued that in Judaism ritual objects are to be used, not looked at (pp.122-4). But then one has to ask. Are things like matzah, or the shofar, or a lulav, or a Torah scroll not meant to be looked at? (p.122, 123).

Yes, Heschel’s point stands that the visual object is meant to be combined with a ritual act. Yes, these objects have “function” but not “substance” (p.123). That’s basic to all ritual art. Even symbolic objects depend upon a function. But if all that what matters, all that we care about is the religious act itself and not the object that mediates it, then would this not reiterate the very religious behavioralism that Heschel himself opposed so deeply?

In fairness, Heschel’s objection to symbols and symbolism belongs to its place and time in the 1950s. For all the life that, among others, ritual theorists and theorists and historians of religion sought to lend to “the symbol” as an analytic category, there’s something brittle about the way symbols were cast in relation to a referent external to them. Maybe Heschel was reacting to that. At any rate, one begins to see a broad aversion to symbols and to semantic readings of symbols already in the 1970s and then later in the 1990s with the visual turn in academic scholarship. “The image” has long since displaced “the symbol” in scholarly works committed to or influenced by visual studies. In contrast to the symbol, the image would seem to enjoy more independent force in its relation or even non-relation to an external referent.

As we sift through this, it is important to bear in mind that Heschel himself never quite escaped the visual imagination no matter how hard he sought to pare it down. In his book on The Sabbath, one would have found this kind of visual orientation in his reference to Shabbat as an architecture in time. Writing here in Quest for God about circumcision, Heschel refers to the tradition of placing an empty chair near the seat of the child’s sandek (godfather). We could ask if this this empty chair “is” Elijah’s chair, or if it is only supposed to be a “symbol.” In either case, it is Heschel’s conclusion that, “This is the limit of representation: a vacant chair…To Jewish faith there are no physical embodiments of supreme mysteries. All we have are signs, reminders” (p.120).

But how is a sign not a physical embodiment? How does a chair not fill up a material presence? Ultimately Heschel’s anti-aesthetic jermaid is self-defeating precisely because it remains aesthetic and not without its own visual orientation around objects. While one might agree to his demotion of the “symbol,” it is hard to see how the “sign” of an empty Elijah’s chair is not itself an “image,” how it’s not indeed a potent “physical embodiment of mystery.”

In The God of Old, James Kugel calls things like this “empty-space aniconism” The reference by Kugel is to thrones or platforms created for the god but left empty of any figurative cultic object (Kugel, pp.104-6). This would seem to mesh well with Heschel’s anti-aesthetic aesthetic.  In writing against the aesthetics of figurative-symbolic content, Heschel relies explicitly upon canons such as “function,” “simplicity,” and “immediacy” without seeming to realize that these are canons of abstract art that belong to the aesthetics of modernism.

Zachary Braiterman is Professor of Religion in the Department of Religion at Syracuse University. His specialization is modern Jewish thought and philosophical aesthetics. http://religion.syr.edu
View all posts by zjb →
This entry was posted in uncategorized and tagged Heschel, image, what i'm reading. Bookmark the permalink.