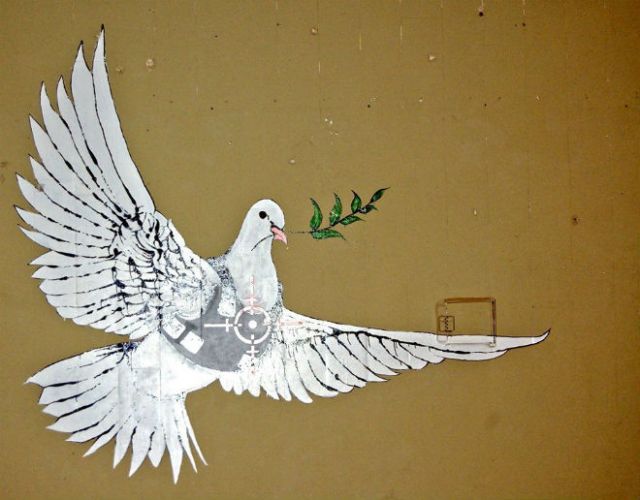 One can understand which way the wind is blowing, with Israel veering towards the fascist rightwing in order to explain why the American Anthropological Association (AAA) just passed overwhelmingly a resolution boycotting their colleagues at Israeli universities. But the decision does nothing to “advance knowledge” or “solve human problems,” which the creators of the association’s website claim to promote. With their own commitment to the methodology of participant observation in the study of culture, anthropologists should be among the last group of scholars cutting cultural contacts and burning political bridges. Perhaps though, this was an easy call. For a variety of reasons, Jewish culture was never something that most anthropologists ever took seriously in the first place.

More sad than angry, I am afraid that academic BDS represents a gross betrayal of the Israeli and Jewish center or liberal-left. A destructive act, it’s also a self-defeating act hoisted on the organization by the uncompromising on-campus anti-Zionist left. Decisions like this undermine the attempt to resolve the conflict based on the principles mutual recognition, undercutting an uphill struggle in the Jewish community, while the groups who make these decisions and the people who support them will be increasingly ignored in the very community they want to challenge.

On the historical marginalization of Jewish culture in the field of anthropology, I’m recommending this article, which you can read here, by Marcy Brink-Danan  citing works by Jonathan Boyarin, Barbara Kirscheblatt-Gimblett and Howard Eilberg-Schwartz.

“[Harvey] Goldberg offers three reasons for this marginalization: (nineteenth-century) focus on ‘primitive’ religions” (and the awkward result of modern Jews refusing to be seen as ‘backwards’ or uncivilized), lack of linguistic or textual skills for the study and interpretation of Jewishtexts, and a scholarly reluctance to deal with the intangibility of Jewish belief over the structure of more objectively observable phenomena, such as inscriptions or behaviors.”

“Dominguez has argued that Jewish difference somehow remains outside the anthropological purview; Jewish ethnographies have been ‘ghettoized’ as pertinent only to a Judaic studies audience or ‘folkloric’, offering nostalgic views of Jewish tradition and moribund communities (1993). Theorists tend to see Jews and Judaism as a reference point from the past against which to measure current-day dilemmas of Diaspora,  minority rights, and integrations….However, as mainstream anthropology increasingly reckons with subjects who are ‘Diasporic’, the Jews are (sometimes) cited dismissively as historical precedents; their relevance is often argued away as they are found to be only one of a number of groups that might now claim such a title (see Clifford 1994).”

The AAA BDS resolution forms part of a particular disciplinary geneaology. But for all that, the resolution proves to be internally incoherent. You can read it here. Note that there are two distinct parts to the resolution.

[1] The main body of the resolution is full of self-righteous and simplistic language, appealing to what might now be considered the anti-Zionist base of the AAA. In terms of “ethnic cleansing,” “colonization,” “discrimination,” and “military occupation,” the main body of the resolution paints Israel with as broad a selective brush as Islamophobes paint Islam as a menace and monolith.

[2] But then then, as if drafted by lawyers, the Appendix takes all the brave words back. If Israel is simply the settler-colonial regime that it is said to be, then the following caveats in the Appendix makes no sense.

“This resolution does not impose any requirements on AAA members acting in their individual capacities. Under this resolution, individual members will remain free to make their own decisions about whether or not to support the boycott in their own professional practice, such as whether to accept Israeli grants, attend conferences in Israel, or publish in Israeli journals.”

The boycott would affect Israeli institutions in the following ways: those institutions would not be able to be listed in AnthroGuide, advertise in AAA venues, or participate in the AAA Departmental Services Program (DSP), the Career Center, or the Graduate School Fair. In addition, the boycott precludes granting permission to copy and reprint articles from AAA publications to journals and publications based at Israeli institutions. The boycott may also preclude the AAA from selling Anthrosource access to Israeli institutions. However, individual AAA members from Israel would still have access to Anthrosource through their personal membership. Permanent residents of Israel qualify for AAA membership at the rate for “Less Developed Countries,” which is $US 30 per year. This is the same rate that applies to Palestinians in Israel/Palestine as well as in the broader Middle East/North Africa region.

So what did the AAA actually decide? Casting a blow for freedom and justice, it was decided that Israeli institutions can’t buy Anthrosource. The final paragraph of the Appendix are pure weasel words. After the bold, but actually toothless declarations of the main body and resolution, the AAA looks after its own financial bottom line, assuring their colleagues that, “We anticipate that endorsing the boycott will have minimal financial ramifications for the AAA. Currently, there are no Israeli institutional members of the DSP, so there will be no financial losses in that regard. Other academic associations that have adopted the boycott have seen their membership numbers increase and none of those associations have sustained significant legal costs. If the boycott is adopted, the AAA leadership would be entrusted to determine how best to proceed in order to ensure its implementation to the greatest extent possible while maintaining the financial viability of the Association.”

Like so much rhetorical posturing on the academic left, the BDS resolution at the AAA turns out to be a toothless performance. The damage done is symbolic and political. The flip side to colonialism, the resolution continues to promote Jewish invisibility in the study of Anthropology, the assumption, of course, being that Jews represent a “majoritarian” and “non-indigenous” cultural constellation. The very real effect will be to put wind in the sail behind more radical promoters of BDS, encouraging them to continue to disrupt and shut down campus events and academic programming identified as “Zionist” or “pro-Israel” in clear violation of university protocols meant to protect everyone’s right to free speech on campus.

Zachary Braiterman is Professor of Religion in the Department of Religion at Syracuse University. His specialization is modern Jewish thought and philosophical aesthetics. http://religion.syr.edu
View all posts by zjb →
This entry was posted in uncategorized and tagged BDS, Israel. Bookmark the permalink.