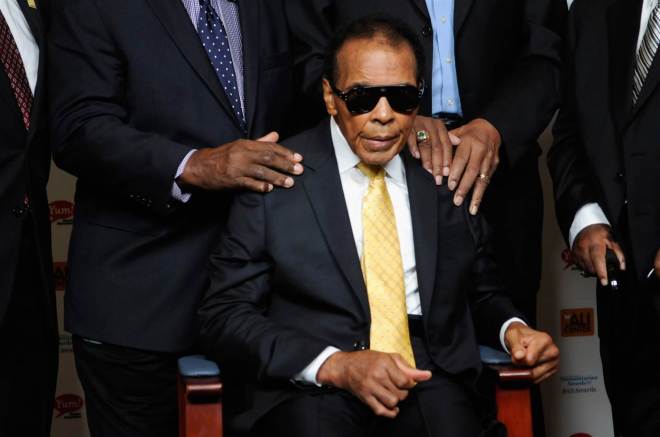 Listening to the funeral of Muhammad Ali on NPR. Demonstrating something about the power of liturgy, the spirit is personal, religious, and political. Is this a watershed event?  Personal memories about courage and compassion collide with histories –Jim Crow and lynching, the Civil Rights Movement, the anti-Vietnam War Movement and the struggle today against racism, poverty, and war, religious bigotry and the fight for freedom and social justice in the age of Trump. This is a great American moment, a moment in which Islam enters into the cultural mainstream by way of a major media event of profound symbolic and political importance, introduced in terms of mercy, love, justice, and peace; introduced to the light-marked beauty of Islamic liturgical texts and chant coupled ecumenically with powerful words by Christian and Jewish faith leaders. You can find it here.

Zachary Braiterman is Professor of Religion in the Department of Religion at Syracuse University. His specialization is modern Jewish thought and philosophical aesthetics. http://religion.syr.edu
View all posts by zjb →
This entry was posted in uncategorized and tagged Islam, liturgy, Muhammad Ali. Bookmark the permalink.