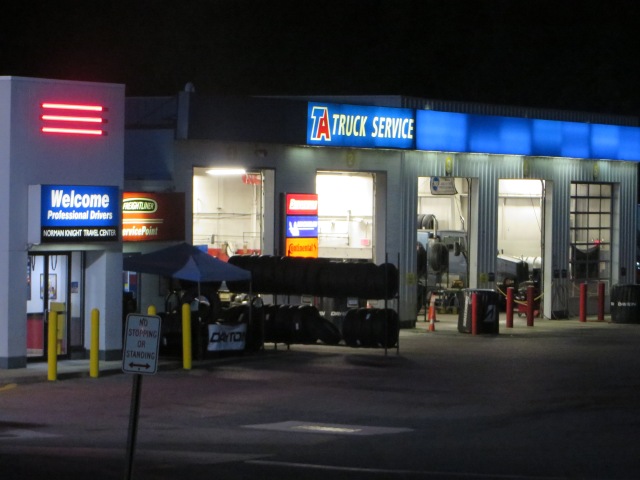 Truck stop on the road at night in Columbia, New Jersey on rt. 80 just on the New Jersey side of the New Jersey and Pennsylvania border. I stop at the Exxon for cheap gas on the way back and forth to Syracuse. The truck stop is behind the Exxon. It’s a quiet space where the big hulks get weighed, rest, and fuel up. According to Wikipedia, 229 people live in Columbia, but Stroudsburg, PA is up the road past Delaware Gap. The students at East Stroudsburg University have a pretty good radio station.

Zachary Braiterman is Professor of Religion in the Department of Religion at Syracuse University. His specialization is modern Jewish thought and philosophical aesthetics. http://religion.syr.edu
View all posts by zjb →
This entry was posted in uncategorized and tagged in-the-car. Bookmark the permalink.