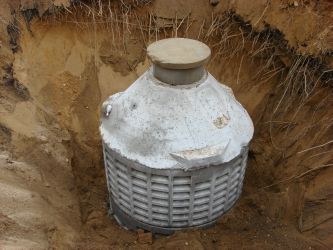 His sound advice is to just “let it go.” David Straub gets it right about the recent commotion about a poorly designed and contentious 1 credit undergraduate course about Israel and “settler colonialism” recently suspended at UC Berkeley. You can read the whole thing here. Yes, David concludes, the course is awful. As he notes, one could just as well imagine a mini-course dedicated to “proving” the proposition that the Palestinians are a “made up people.” But academic freedom is supposed to limit the remedies that professors and administrators can take against obnoxious content. That’s David’s point, to which I would add that it is better to call out political agitprop masked as academic posturing than to engage in it oneself.

The overreaction is intentional. Tilting against the dragon of BDS, the organized Jewish right is going to take the on-campus discourse about Israel and Palestine, along with Jewish Studies, into a cesspool.

“And let’s be clear: the erosion of academic freedom norms has ramifications far beyond Berkeley. Sometimes, as here, it will be a “pro-Palestinian” course offering that is suppressed; elsewhere, it will be “pro-Israel” or Jewish or Zionist scholars who are threatened with exclusion from the academic community. Too many people are quick to cheer one while angrily crying “censorship!” at the other. But true academic freedom has no fair-weather friends. Either you back it, or you don’t. The decision by the Berkeley administration to suspend the class was wrong. I suspect it will eventually be overturned (perhaps with some token modifications to the course; almost certainly with quintuple the attention paid to its offerings than would have resulted if the “pro-Israel” right had Just. Let. It. GO.), and it should be. That doesn’t mean it wasn’t a problematic offering, or that it adequately embodied the ideals we should aspire to as teachers and scholars. But academic freedom is not restricted only to those curricular offerings which meet my standards of ideal pedagogy. If we have a problem with a Berkeley undergraduate course, our solutions must be consistent with the basic ideals of academic freedom that enable open inquiry and free discussion in the modern university.”