I Want a President (Zoe Leonard)

This post is in bad faith. In bad faith because I saw it today at the High Line, a place saturated by wealth; and because I’m posting it here at a page whose political proclivities (my own) are decidedly bourgeois. I’m excited to vote for Clinton, but I want to read her candidacy around the cutting edge of Leonard’s statement. Leonard casts a powerful critical frame on our political culture. The large frame mural format up on the wall in bold, defiant black and white typeface draws the eye into the protest; the eye wanders from word and word in the spaces between. Re-reading Leonard’s text, I’m actually not sure that it does not describe some, even if only a little, of the candidate’s experience. I’ll leave it to you to draw the lines and to connect the dots. 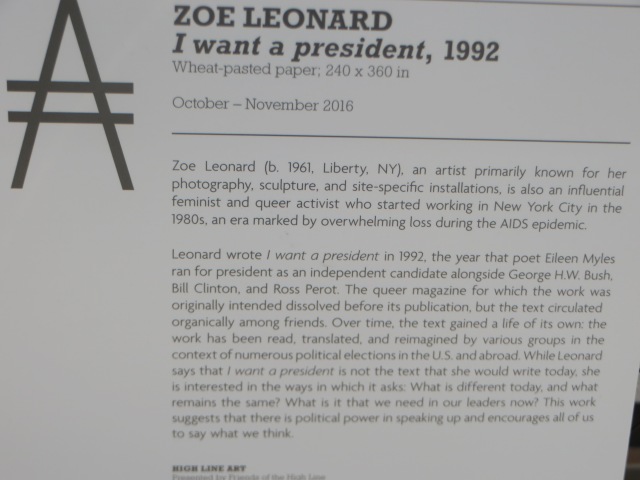 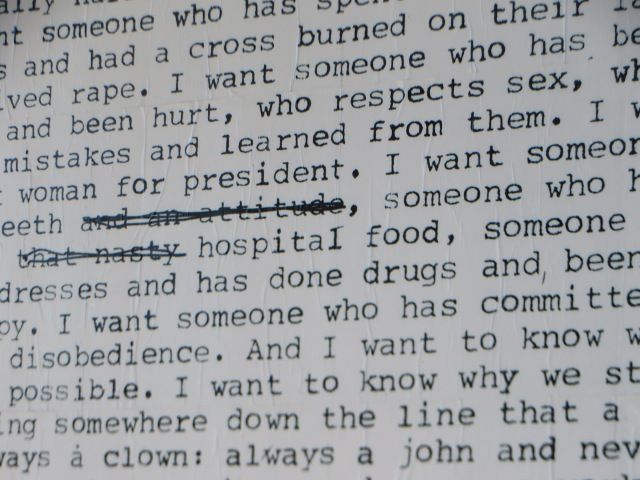 Zachary Braiterman is Professor of Religion in the Department of Religion at Syracuse University. His specialization is modern Jewish thought and philosophical aesthetics. http://religion.syr.edu
View all posts by zjb →
This entry was posted in uncategorized and tagged art, politics. Bookmark the permalink.