Jewish Studies Post-Election: What Now and What Does the Future Hold? (AJS 2016) 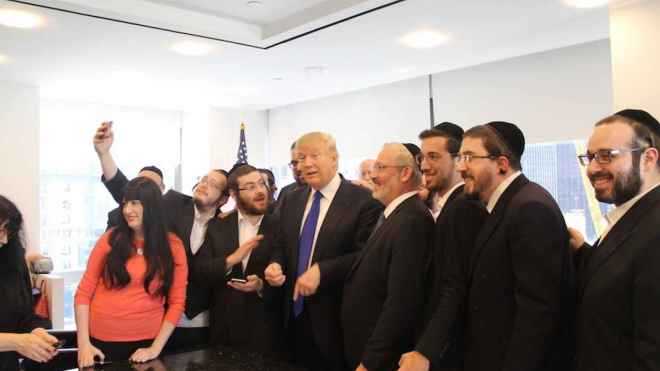 Organized by David Biale and others, these are two sessions on Trump and the state of Jewish politics (and Jewish Studies in the Age of Trump) at the upcoming Association for Jewish Studies conference AJS Post-Election Sessions

Jewish Studies Post-Election: What Now and What Does the Future Hold?

Donald Trump’s campaign and eventual victory in the 2016 US presidential election seems to have changed the climate on US campuses overnight – racist slogans, large street protests, and heated arguments filled classrooms, quads, and coffee shops. Discussions of fascism, Hitlerism, immigration politics, racism, and antisemitism appear hourly in the mainstream and social media on our campuses. Jewish Studies scholars are at the forefront of it all. Experts on the Holocaust, Jewish history, American Jewish studies, antisemitism, Jewish marginality and more, we have become consultants and mentors to confused (and often frightened) students, and sources of authority for colleagues, students and administrators. Our field of study is central to understanding what is going on in the United States today. But how do we make sense of what’s really happening? How do we now understand Jewish studies? How do we write, research, educate and train the next generation of Americans and citizens of the world?

This moderated group discussion will share common experiences, address teaching strategies, and analyze responses to Donald Trump’s campaign and election. We will consider the implications of the rhetoric in the recent election for Jewish Studies in the academy and United States. Participants will discuss stories of counseling undocumented students; how teaching courses on broad issues of Jewish studies, the Holocaust and antisemitism are affected by the current climate; and their personal experiences as public intellectuals writing op-ed pieces and sharing their opinions in the wake of this election.

A recent statement by scholars of Jewish history denouncing the racism, misogyny and anti-Semitism provoked by the Trump campaign and election elicited an unprecedented outpouring of support (276 people signed the statement before it was closed and another 150 or so subsequently indicated support). What can we learn from the past, especially from previous movements of protest that involved academics and university students? Does our specialized knowledge as Jewish Studies scholars have an ongoing role to play as we confront an administration that seems poised to repeat historical patterns we have studied? Should we organize ourselves separately from the AJS to articulate a collective voice in the public sphere? Should we act collectively to influence Jewish community organizations that fear confronting the Trump administration – or, worse, support its policies — and to align ourselves with other organizations that are not afraid of such confrontation? Finally, if there is the desire to create such an organization, what form should it take and what concrete steps can we take at the AJS to make it happen?

Zachary Braiterman is Professor of Religion in the Department of Religion at Syracuse University. His specialization is modern Jewish thought and philosophical aesthetics. http://religion.syr.edu
View all posts by zjb →
This entry was posted in uncategorized and tagged Jewish Studies. Bookmark the permalink.

1 Response to Jewish Studies Post-Election: What Now and What Does the Future Hold? (AJS 2016)