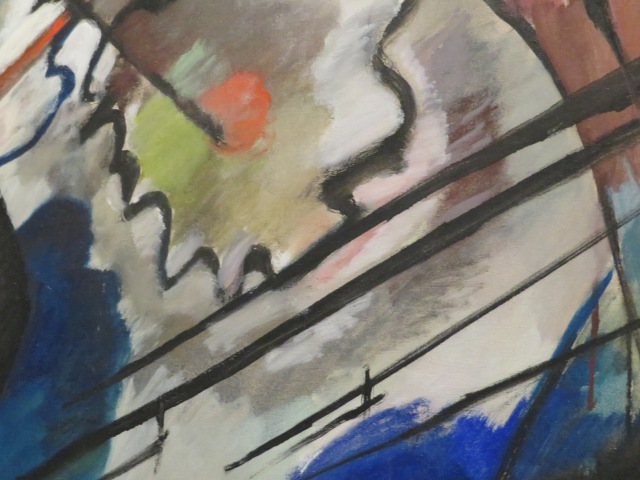 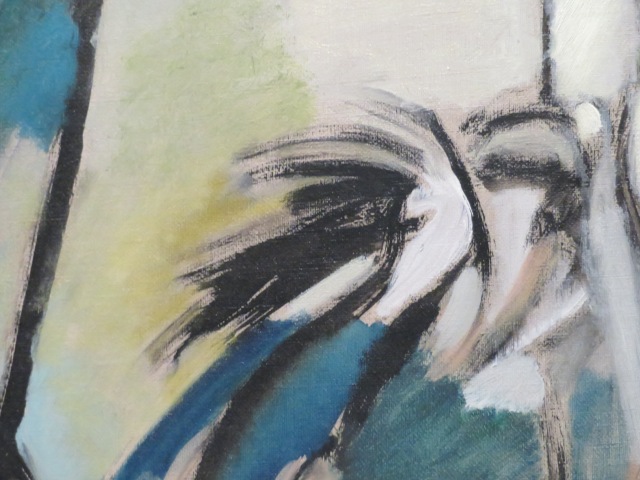 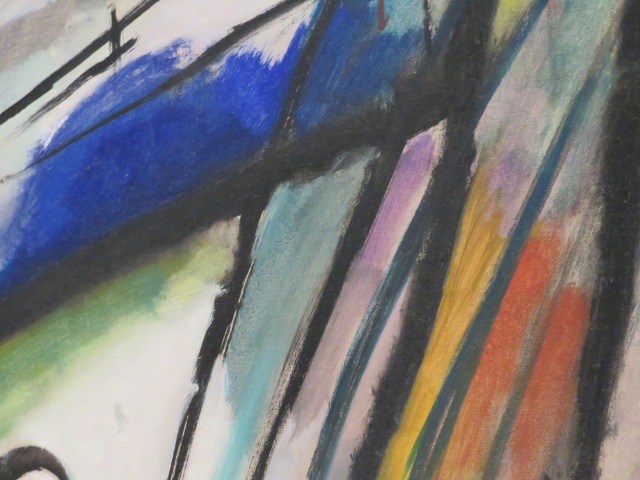 Representing more of the “spiritual in art” is Kandinsky’s Improvisation 28 (Second Version) (1912) now on view at Visionaries: Creating a Modern Guggenheim. Its apocalypse is in a “storm from paradise” kind of mode. In the artist’s composition theory, it is the sound of the part that stamps the whole, not vice-versa. The diagonal lines in the center of the picture give the painting its dynamical force. I’m pretty sure that, slightly bird-like, that’s an angel’s wing caught up in and contributing to the movement of the whole. 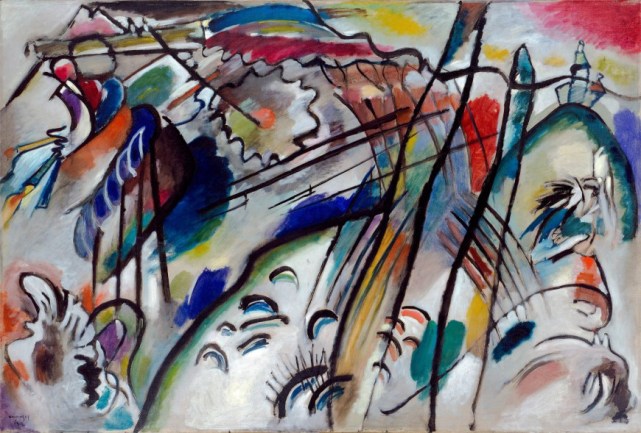