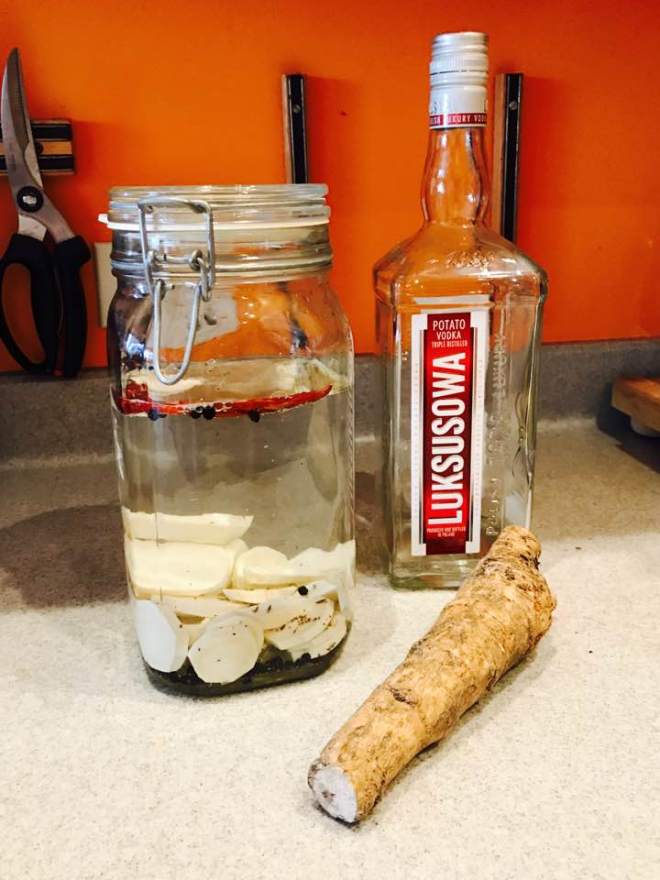 For Passover, horseradish infused vodka is apparently a “thing.” Originally posted on FB by Nora Rubel, a scholar of American Judaism at work in “Religion & Foodways,” which is definitely  a “thing” for those of your who don’t know. Lesleigh Cushing Professor Lesleigh Cushing reminds Nora to remind all of you that “if you are choosing to infuse your vodka with horseradish, taste it after 24 hours. It should be pretty on point. 30-32 hours maybe at the most.”

Zachary Braiterman is Professor of Religion in the Department of Religion at Syracuse University. His specialization is modern Jewish thought and philosophical aesthetics. http://religion.syr.edu
View all posts by zjb →
This entry was posted in uncategorized and tagged food, Shabbat & holidays. Bookmark the permalink.