Peace or Pluralism? Which Would You Choose? 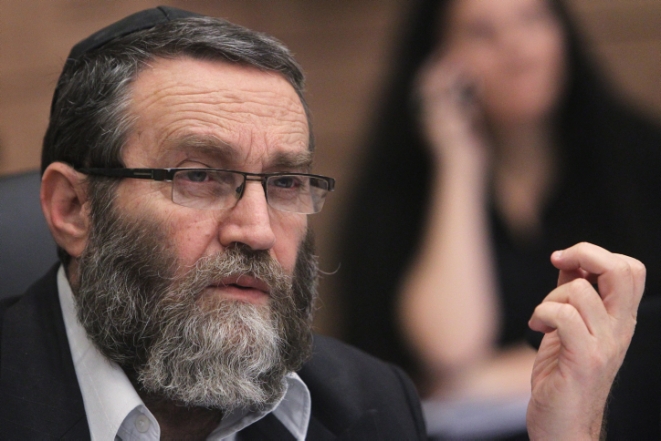 Something for my friends and I to ponder on the Jewish left, especially those of us who have insisted that the abuse handed out to liberal Judaism and world Jewry at the hands of the Netanyahu government backed up by Haredi power pales in significance when compared to the Occupation. It’s not an argument with which I necessarily disagree. But how far does one want to go with it? Check out this article, which you can read here by Judy Maltz, where this prospect gets gamed out. Quoted in the article, Akiva Eldar suggest, first the one, then the next. But what if it doesn’t play out like that? Does the prospect of peace depend upon the rejection (“suspending”) of pluralism by the forces of cultural reaction. And after Reform Judaism, what will they next demand? It’s a devilish bargain, but is it ever a good idea to negotiate with hostage takers?

Peace in exchange for Reform Judaism. This was effectively the deal that Moshe Gafni, a veteran ultra-Orthodox politician, proposed earlier this month at the annual Haaretz Conference on Peace. Asked by the newspaper’s editor-in-chief Aluf Benn why, despite his dovish views, he insisted on aligning his party, United Torah Judaism, with the political right, Gafni dropped a political bombshell. “We will join the left when the left breaks its ties with the Reform movement,” he promised.

Some on the Israeli left have since suggested taking him up on the offer. After all, they argue, isn’t making peace a more urgent priority than guaranteeing the rights of Reform and Conservative Jews to hold egalitarian prayer services as the Western Wall?
As Haaretz columnist Carolina Landsmann wrote: “The alliance that Gafni proposes requires rethinking the relationship between secular people in the center and left toward the ultra-Orthodox. The symbiosis created in Israel between religion and state has led secular people to see in the demands of Reform Jews, that is, of American Judaism, as well as the religious Zionist way of life, a kind of life-preserving compromise between the secular and (Ashkenazi) ultra-Orthodox ways of life. But what does a secular person care about issues like the authority to conduct conversions to Judaism, control over the Western Wall plaza and the status of female rabbis?”

1 Response to Peace or Pluralism? Which Would You Choose?