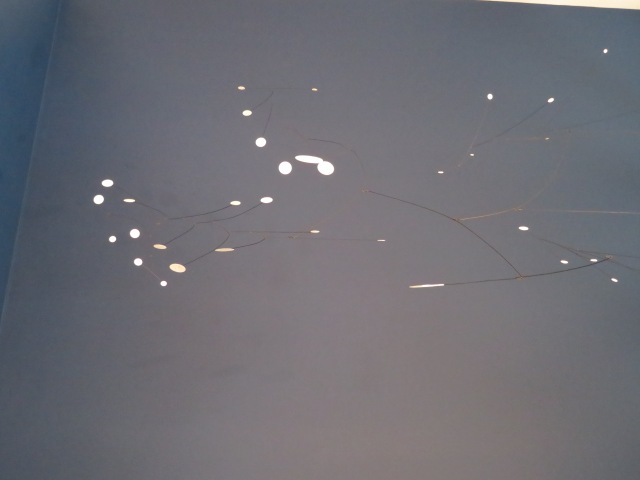 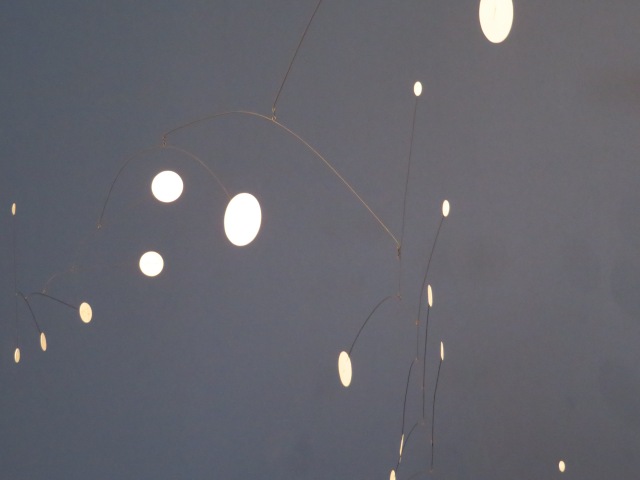 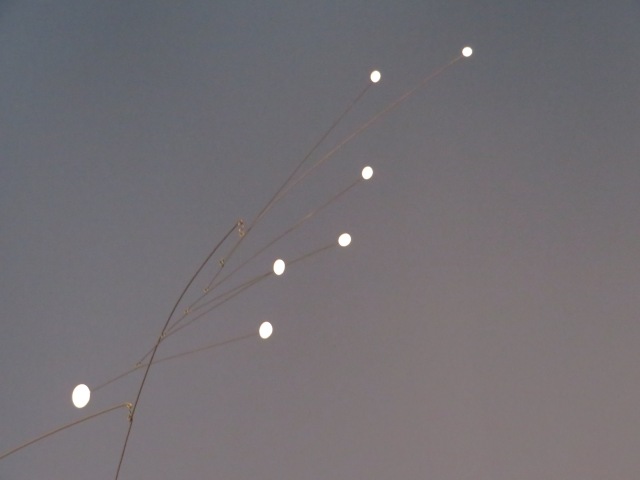 The point of the show at the Whitney is to put all these Calders into motion, to activate these abstract bodies. Alas, we arrived too late in the afternoon for that, but you can see the effects here at the New York Times. If I wanted to be nasty I’d ask why the people in charge at the museum decided to shove the Calder exhibit up on the eight floor just alongside the balcony cafe? The decision did nothing to convey the sculpture. While I’m not a huge fan of the larger body of work, Blizzard (Roxbury Flurry (1946) is quite something. I think it’s the smallness and the relatively large number of the white disks that create an effect that, like a snow flurry, is both busy and gentle.

Zachary Braiterman is Professor of Religion in the Department of Religion at Syracuse University. His specialization is modern Jewish thought and philosophical aesthetics. http://religion.syr.edu
View all posts by zjb →
This entry was posted in uncategorized and tagged art, Museums & Galleries, sculpture. Bookmark the permalink.