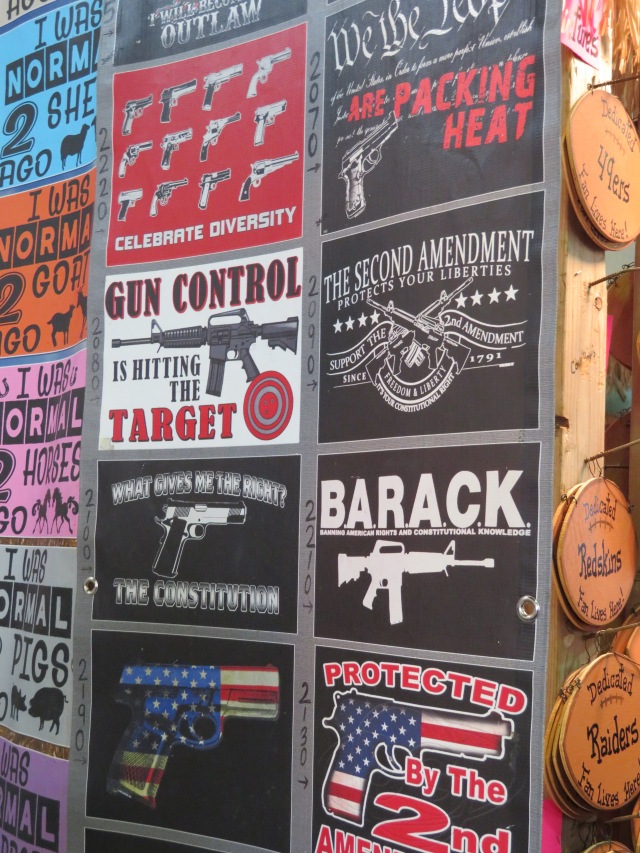 Year after year, the t-shirt and t-shirt decal (?) stands consistently (there are only a few of them) reflect the most rancid side of the New York State Fair, or I’m sure of any state fair. No doubt a signal part of our current Trump moment, this year there just seems to be more explicit 2nd Amendment expression, and that this year, that vibe is much more on-show and aggressive. At least that’s the way it seems, but I’m pretty sure I’d have picked that up in years past. The aesthetic style is declaratively bold and over the top. I do not believe for a minute that the people who parade around the fair grounds dressed up like this have done so without a second thought. It’s deliberate. As you walk by them and soak up the image, your blood soaks and curdles. I’ll say, though, that truth be told, on the basis of what people are actually wearing one would be have every right to suspect that there are definitely more guns than God in this corner of upstate New York.

Zachary Braiterman is Professor of Religion in the Department of Religion at Syracuse University. His specialization is modern Jewish thought and philosophical aesthetics. http://religion.syr.edu
View all posts by zjb →
This entry was posted in uncategorized and tagged affect. Bookmark the permalink.