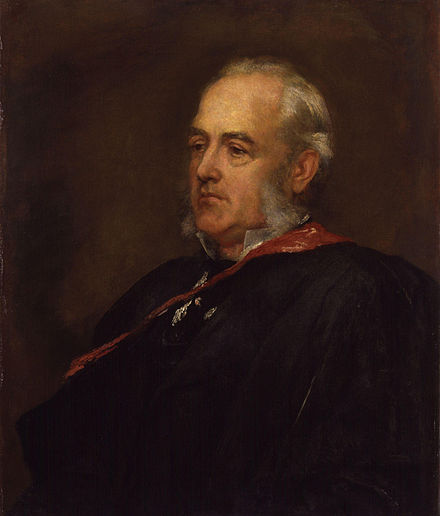 In putting together the syllabus for my graduate seminar, I decided to add the almost but never quite long forgotten Max Müller to his rightful place in the canon of classical theories and methods in the study of Religion. I did so because I find him interesting, undoubtedly in spite of himself, and also for colleagues and students in the department working on the religions of India; and for one senior colleague who adores him. We read Lectures on the Origin and Growth of Religion as Illustrated by the Religions of India (1878), which you can find here in its entirety. I chose this one because of its focus on Vedic sources and then Vedantic philosophy as the foundation upon which to build a theory of Religion. The title and project, although not the method, reminded me of Hermann Cohen’s Religion of Reason out of the Sources of Judaism.

Class discussion included, but got bogged down on colonialism and liberal humanism. This was bound to happen, and we needed to get that leg of the larger conversation out on the table. In the book’s concluding “Retrospect,” inelegantly lumped on at the end of the last substantive chapter, Müller describes himself going into the crypt, devoting himself to ancient wisdom and world religions, crowned rhetorically by Christianity. It suggests very much the critique leveled against the obsession with origins that one finds in Müller him and other founding theorists of religion leveled by Tomaoko Masuzawa in In Search of Dreamtime. Reflecting and orienting the self-consciously anxious subject-position of the modern western subject, the study of religions is viewed by Müller as creating a place of refuge in the busy, noisy, contentious modern world.

Müller’s is a Protestant theory of religion out of the Vedic Sources, in which religion is defined in relation to the human apprehension of “The Infinite.” Representing a late gesture in the German Idealist tradition, this centrality of the infinite is hardly the most interesting part of the theory. The more abiding point of interest is the attention given by Müller, the first translator into English of Kant’s Critique of Pure Reason, the ordinary, sensual root of that apprehension in relation to ideas and language.

Müller designed a theological interpretation of religion that has been rejected out of hand by our caustic friends over at the North American Association for the Study of Religion (NASSR). These are the critics in the field rejecting out of hand any and all claims that religion represents a uniquely privileged phenomenon distinct and set apart (sanctified) from historical, social, and political contexts. In his defense, I would start by noting that Müller refuses all appeals to special revelation or to a special mental faculty or receptivity to the signals of religious phenomena. For Müller, the starting point of religion is ordinary perception in relation to Nature, a point of view rejected by Durkheim as “naturism.” While there is much that might be right and wrong about the theory, at the very least it does not treat religion as sui generis.

Lost in the classroom discussion was the way objects figure in Müller’s theory of religion. Against Positivists who argue that human experience is limited to finite experience, he located the apprehension of the infinite in the ordinary experience with tangible, semi-tangible, and intangible objects. This classification is the heart of the book. The semi-tangible would be that object that one cannot pick up in the hand or view in a single intuition. In contrast, tangible objects (which Müller most likely identified with so-called “fetishism”) are those one can pick up, grasp, and handle in the round.  Müller claims that the Vedas are unconcerned with tangible objects. The significant point is to say that religion happens in the breakdown of perception, the incipient and emergent awareness of the Infinite as brought out in the struggle for language, and analytic ascriptions of agency and difference around those points at which perception reaches its limit, beginning to shimmer and lighten. Reading the Sanskrit sources, light is identified as the religious object or what we might call index par excellence.

As a social thinker, Müller is basically useless, although even as I say this somewhat off the cuff, I would be open to being proven wrong. To think of Müller in social terms would be to have to expand his theory to includes theorists for whom habits of perception, categories, and language itself are profoundly shared in and shaped by society. This would be an easy enough of a correction, for which one could turn already to Durkheim for help. What one can take from Müller, especially in relation to Marx, is a more sensual and more aesthetic form of “material religion,” more given to the formative powers of the imagination and language (concepts and naming).

Trying to assess the larger Müller corpus gets mixed up and screwy, and I’m not sure I’d recommend to anyone the four volumes of Gifford Lectures. These are [1] Natural Religion, [2] Physical Religion, [3] Anthropological Religion, [4] Theosophy or Psychological Religion. At least I would not recommend these to anyone whose interests does not lie in the history of the study of religion as simply antiquarian. There’s a musty quality to such theological speculation positioning Protestant Christianity at the apex in the history of religion, offered up to Christian readers as the most recondite meeting point or unity between “these two infinities” of God and soul.

Leaving aside the history of comparative religion that anchored his project, I would tease out the abiding theoretical interest in Müller’s orientation as a contribution to the study of the sense of religious phenomena in relation to ecology (nature), object theory (objects in nature), and affect theory (as to sensations that begin to break out at the sub-threshold of consciousness. Indeed, nature was the aspect of Müller’s work that caught Durkheim’s negative attention in his own attempt to uncover elementary, original forms of religious life.

For a theory of Judaism, one must always get past that automatic reflex to reduce material culture to “idolatry.” Reading Müller reminded me of all the tangible objects drawn from the Hebrew Bible that the great art critic Harold Rosenberg, tongue in cheek and inspired by surrealism, says that he would have wanted to place in a Museum of Jewish Art. (About Rosenberg I wrote here.) These would be more tangible, talismanic objects like Joseph’s coat, Balaam’s ass, the burning bush, Aaron’s rod, a slingshot, the jawbone of an ass, and other found-art objects and events that when chanced upon may, as per Rosenberg, “start to glisten with meaning and become memorable.”

Zachary Braiterman is Professor of Religion in the Department of Religion at Syracuse University. His specialization is modern Jewish thought and philosophical aesthetics. http://religion.syr.edu
View all posts by zjb →
This entry was posted in uncategorized and tagged Max Müller, nature, object, religion. Bookmark the permalink.