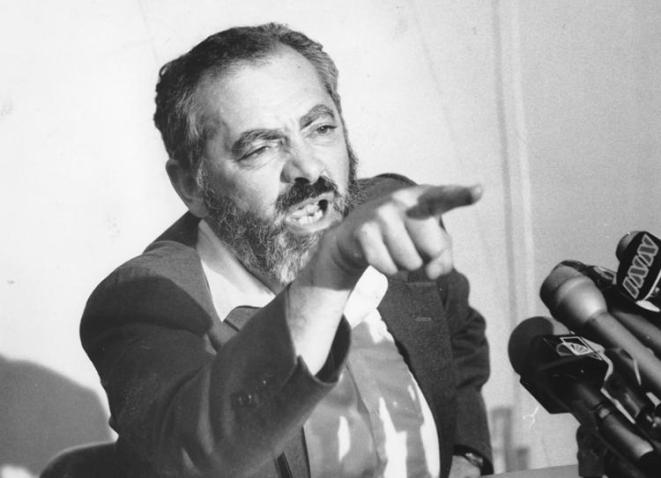 The latest brouhaha about Farrakhan confusing large parts of the U.S. left comes down to the difference between radicals and reactionaries. Reactionaries of every stripe always say they are acting to lift up this or that beloved community. That they cannot do so without the negative foil of some putative other is their special impotence, punching down or across, the little fascism common to scummy, two-bit demagogues like Farrakhan or Meir Kahane who feed off the margins of their respective communities and who represent little more to nothing than that. Did Kahane, for his part, do anyone any good? Did he change Jewish lives for the better? Did he advance in a real way any Jewish political interest? Some will say that he did, but so what? Was it not just a lot of noise?

About Kahane, I know of only one single person out there on the liberal-progressive-left of the Jewish community who wants to take Kahane seriously. An academic interested in heretical thinking, Shaul Magid is at work on what will be a truly groundbreaking study of Kahane. For Shaul, a dear friend and friend of the blog, Kahane is both an important critical voice who took the liberal Jewish community to task and the ugly mirror reflecting back the true face of the contradictions that beset Jewish community and Jewish identity as these concern particularism, racism, and institutional power. Do we need the memory of Kahane to think these problems through?

That’s precisely the confusion. Kahane only muddies the water. Like Farrakhan, Kahane was a radical reactionary, a racist, not a radical, expelled from the liberal mainstream “church” of the American Jewish community and liberal Judaism, and with whose memory no one on the liberal-left should have anything to do. If the nightmarish figure of Kahanism represents a political force today, or an intellectual challenge, a return of the repressed, that would reveal not so much anything about the American Jewish community and the contradictions of Jewish identity as such, but the sad state of Orthodox Judaism today both in the United States and in Israel where this kind of thinking is, to say the least, not uncommon.

What’s interesting about the latest non-news about Farrakhan and anti-Semitism is not so much what it says about the African American community writ large.  This is not a “black anti-Semitism” problem. It is about the sectarian left where people have rushed to defend politically and morally some serious ideological confusion basic to radicalism and the reactionary mind.

Zachary Braiterman is Professor of Religion in the Department of Religion at Syracuse University. His specialization is modern Jewish thought and philosophical aesthetics. http://religion.syr.edu
View all posts by zjb →
This entry was posted in uncategorized and tagged American Judaism, racism. Bookmark the permalink.