Andrew Cuomo (This is What State-Wide Politics Looks Like) 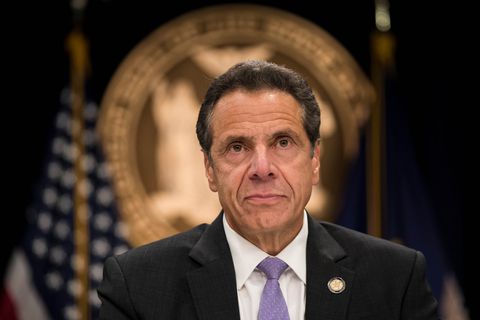 Having sparred continuously with friends to my left, I’m delighted that Cuomo won the primary for governor and that the entire slate of progressive candidates lost their bid for state wide office (Governor, Lieutenant Governor, and Attorney General). Mostly because it confirms a long-term article of faith of mine that politics is by definition dirty business, and that there’s no way you can understand “the political” without understanding its root in human corruption. I don’t think my high minded friends get this. I’d have been happy to have been able to vote for an alternative to Cuomo, had there been an actual choice. Reading the politicial postmortems, this is what politics looks like.

First, the cardinal virtue in politics is winning, nothing more and nothing less. If you don’t win, then that’s it. Progressives in deep blue (and primarily white?) districts taught the Democratic Establishment that lesson. That was not enough to win progressives a single seat for three primary state-wide offices (Governor, Lieutenant Governor, and Attorney General), all of which was won by Team Cuomo.

Second, politics has everything to do with three basic things plus a fourth. The three most basic building blocks are [1] money, [2] political connections and endorsements, and [3] taking care of constituents. Nothing else matters, certainly not personal virtue. Without an iota of joy, Cuomo delivered on every single point. He had the National Organization of Women, the LGBT Human Rights Campaign, and most of the unions. He got the white, black, and brown vote. He absolutely dominated the Bronx and could have beat Nixon alone with the vote he got in that and three more NYC boroughs. Nixon had no one and no constituents.

The only thing that Cuomo was unable to provide was [4] hope, or rather the illusion of hope, which is always hype or mixed with hype. This is probably why he won’t make it very far in presidential politics. (I’d like to see him try and I’d enjoy nothing more than a Trump-Cuomo series of debates). But for this November, he has delivered over a long career enough progressive goods (minimum wage, marriage equality, choice, paid leave, a ban on fracking) to be palatable enough for most Democrats to beat a no-name Republican challenger. And Cuomo has gone after Trump like a gangster in a year when everyone not behind the President hates his guts and his party. We’ll wait to see if Cuomo roars to the left as he heads into the general election with an eye on 2020.

As for Nixon, Williams, and Teachout, they talked a good game on the trail and on social media, but did they run a progressive wave? Gloating, Cuomo said not even a ripple, but it was probably at least that, a ripple, maybe a riptide. We’ll see what they do, not what they say, and how the political process will necessarily begin to compromise them if they are any good at it.  Progressives will be able to push from below, but I suspect that they will ever stand a chance in larger than regional politics without taking care of the first three of these basic components of politics. The key to progressive momentum will be whether elected officials will be able to make connections and deliver the goods by way of actual pork to constituents. More to the point, is there a progressive politician out there with the killer instinct that unseating Trump and the GOP in 2020 will require?

The keywords in this illuminating article in the NYT are “bludgeon,” “brushback,” “unsubtle,” “contempt,” “outspend,” “constituents.” If I were a so-called progressive, I would be horrified. Here’s what I’m highlighting:

Mr. Cuomo, like his aides, could scarcely mask his contempt for the social media tactics of his erstwhile opponent, on Friday dismissing the buzz around Ms. Nixon’s celebrity campaign as “some Twittersphere dialogue where I tweet you, you tweet me and between the two of us we think we have a wave.”

“Not even a ripple,” he added.

Mr. Cuomo, who served as campaign manager for his father, the former Gov. Mario M. Cuomo, more than three decades ago, has more or less cornered the support of every significant institutional player in New York and across the country.

At one point, he was announcing the endorsements of Hillary Clinton, Joseph R. Biden and Tom Perez, the Democratic national chairman; Ms. Nixon was countering with City Council members and community activists.

And when it was clear that the Working Families Party, a minor party in New York with outsize influence among progressives, was going to endorse Ms. Nixon, its labor union financiers who were allied with Mr. Cuomo pulled out of the party entirely.

Zachary Braiterman is Professor of Religion in the Department of Religion at Syracuse University. His specialization is modern Jewish thought and philosophical aesthetics. http://religion.syr.edu
View all posts by zjb →
This entry was posted in uncategorized and tagged Cuomo, politics. Bookmark the permalink.