(Not A) Melting Pot (Trump) 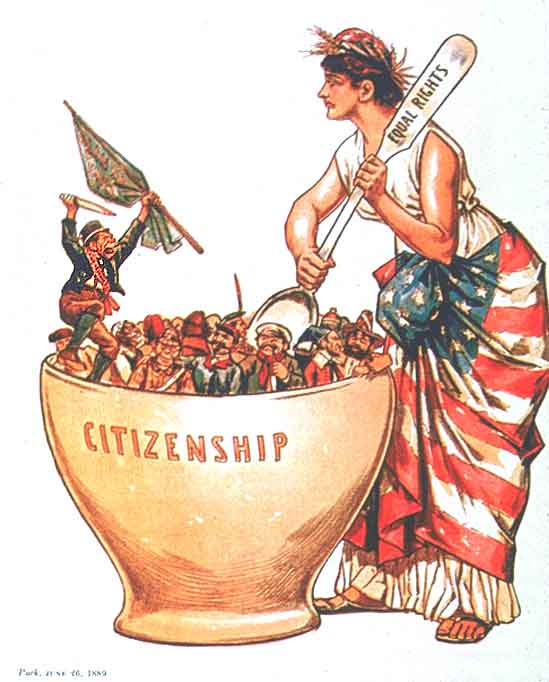 Ideas and ideology have a way of rolling on and off from one position point to another. This claim by a Trumper in the Midwest, quoted here in the NYT, is incredibly amazing:  “Asked who was to blame for the country’s strife, [Jane Doe],  who drove more than two hours from St. Louis to attend, cited “the globalists,” whom she then defined as “somebody who won’t allow or doesn’t like for our country to just be themselves. They want to mold everybody into one big melting pot,” she said. “That’s not how we’re designed.”

Zachary Braiterman is Professor of Religion in the Department of Religion at Syracuse University. His specialization is modern Jewish thought and philosophical aesthetics. http://religion.syr.edu
View all posts by zjb →
This entry was posted in uncategorized and tagged American Judaism. Bookmark the permalink.