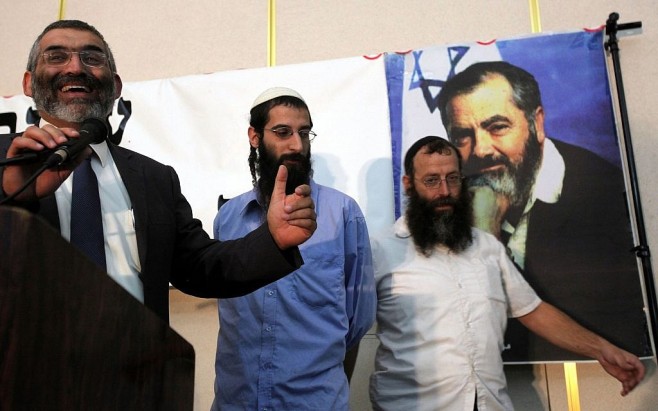 Deranged, bizarre, and dangerous. You can catch up on this story about Netanyahu trying to rope in the racist fringe on the Israeli political and religious spectrum into the mainstream in order to secure electoral advantage. This piece was written by from the center by David Horovitz at the centrist Times of Israel. You can read here for the analysis, and here for profiles of leading party figures. What caught the interest of the blog are the photographs featuring fringe, fascist Kahane and his ilk today and standing before the Knesset. These photos appear here as portraits of religious fascism in Israel. Netanyahu wants these people as part of his governing coalition. 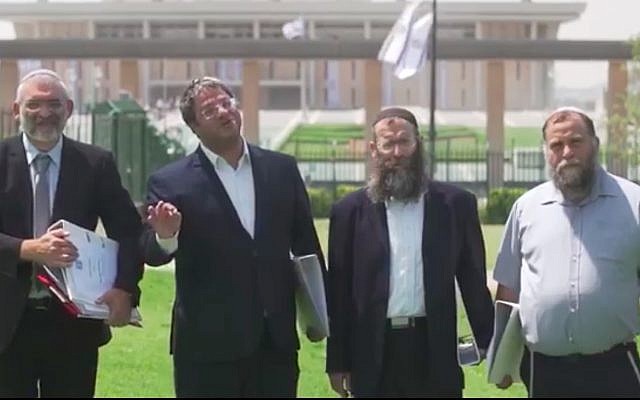 2 Responses to Netanyahu & The Face of Jewish Fascism (Kahane Lives)