Culture of Politics at the Jewish Museum in Berlin 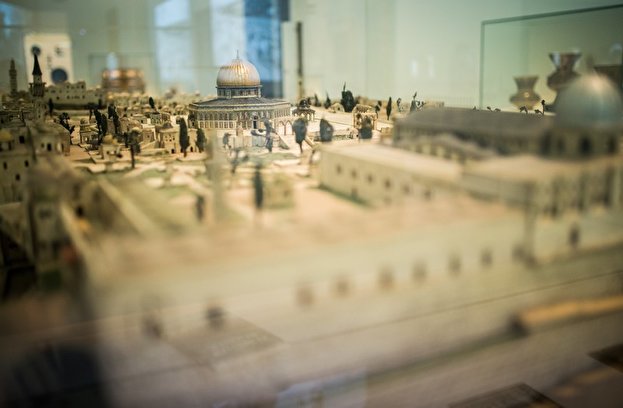 One should be pretty sure it was more than a single tweet and rightwing mendacity that has caused so much trouble. For anyone interested, I’m posting links to articles relating to the forced resignation of Professor Peter Schäfer as director of the Jewish Museum in Berlin. The immediate pretext was the retweeting by the Museum of a statement signed by some 240 Israeli and Diaspora university scholars protesting a recent decision by the German government (and what seems to be a rather broad consensus view in that country) that BDS is anti-Semitic.

This retweet turned out to have been the tip of the iceberg. [1] There had been controversy about an exhibition on Jerusalem at the Museum that critics argued downplayed the historical attachment of Jews and Judaism to Jerusalem and that represented Israeli rule there in a negative light, [2] A perceived openness to providing BDS a public platform at the Museum starting before Schäfer’s tenure as director, [3] A visit hosted by Schäfer of an Iranian cultural attache that included incendiary remarks comparing Israel to the Islamic State; since then Schäfer has admitted that he was naive and called the invitation a “stupidity.” [4] All of this is in the anxious context of rising anti-Semitism in Germany, the slippery slope between anti-Zionism and anti-Semitism, and the grinding conflict in Israel.

The cascade of events leading up to Schäfer’s forced resignation is described in this piece by Toby Axelrod in this detailed piece at the Times of Israel, which you can read here. Axelrod also makes mention of the unique demands and questions about mission that confront the contemporary museum, as well as questions about the thick or thin of the Jewish identity at the Jewish Museum, problems that, again, predated Schäfer’s directorship there. As described, at issue was not the non-Jewishness of its director or staff, but the Jewishness of the Museum itself.

It would also be worth considering this incident in relation to ICOM’s recent initiative to change the definition of museum to better reflect what museums have become and what ICOM would like to see them be (http://bit.ly/2Rjmigi). This will be a key theme of the ICOM conference in Kyoto, 1–7 September, 2019 (http://bit.ly/2RfHHae). So, what is the current ICOM definition of museum, dating from 2007, why is it considered outdated, what should the new definition be, and how does this bear on the Jewish Museum Berlin? Is this museum to be forced to follow the old definition of a museum? Or, supported in being what the new definition calls for?

Here is ICOM’s 2007 definition: “A museum is a non-profit, permanent institution in the service of society and its development, open to the public, which acquires, conserves, researches communicates and exhibits the tangible and intangible heritage of humanity and its environment for the purposes of education, study and enjoyment.”

What then is a new definition of museum intended to achieve? “It should be a definition which recognises the dissimilar conditions and practices of museums in diverse and rapidly changing societies, and supports museums in developing and adopting new scientific paradigms and addressing more adequately the complexities of the 21st century.”

In the process of exploring the question of “the most important contributions museums could make to society, the responses by museum professionals, while containing the purposes and functions of the current museum definition, went way beyond those into a strong and impassioned commitment to the broader and deeper, social and humanitarian potential of museums. These included bringing people together in purposeful convening, to exchange ideas, to create a sense of belonging and identity, to build empathy, understanding and sensitivity towards differences, to promote reflection and critical thinking, and to create spaces for reconciliation. To improve quality of life. Improve health. It seems essential that a museum definition should contain this commitment as an overarching frame of values and purpose.”

What are the broad issues identified in the call for a new museum definition? Climate change, human rights, gender, inequality, lack of economic opportunities, discrimination, large scale conflicts and wars, migration, government transparency and accountability. “While new museums, specialist museums, and museum-like initiatives are created specifically to address some of the contentious issues … there remains a gap between these core concerns and the themes dominating the research, the collecting, the exhibitions and events in traditional, mainstream museums.”

Left open are following questions to which there are probably no easy answers. Are museums democratic institutions and if so do they reflect only one part of the demos in question? A major site on the liberal public sphere, are museums (like universities) by definition conservative in form? How much tension can any cultural institution sustain internal to the institution itself, in relation to the larger community that it is meant to serve and which supports it, and in relation to the larger society in which the institution is embedded? What are the particular limits that mark the special case of Jewish cultural spaces in the Diaspora? Is the museum equipped to function as a site of debate and dissent? Is it possible or not possible to decide if some some discussions are not worth having? Are some discussions not worth having in particular places and at particular times? Can a contemporary museum serve as a neutral public sphere for the practice of communicative reason around points of view that enjoy zero consensus in society, or around attempts to question broad points of social consensus?

Regarding Israel as an institutional consensus point in Jewish cultural politics, you can find at the end of this interview with Schäfer, which you can read here, a statement by him about unconditional solidarity, not with the politics or government, but with the State of Israel itself, as a moral and political responsibility peculiar to Germany, given its history. This particular episode indicates how culture and scholarship have been scaled up and put in the place between civil society, state institutional authority, and international relations at the intersection of multiple, competing, contested and contesting historical memories; in such a place of rough push and pull, good or bad intentions are as irrelevant as they are soft. Reflecting in this interview (in a comment included in translation  here) on the demands placed on the contemporary museum, Schäfer explained, “The Jewish Museum Berlin sees itself as a forum for discussions and conversations about socially relevant questions. We want to offer ourselves, we want to moderate.” He added, “Our task is not to spread our own political opinions on these questions. … And in this case, it has gone very badly wrong.”

What went wrong might relate to meta questions regarding museums in general, Jewish museums as a museum and Jewish institution, and Jewish museums in Germany as a special case. Or it might be that what went wrong in Berlin relates to something smaller still, the micro question about the tensions between scholarship and community and questions relating to academic scholars who take up leadership positions in sensitive community positions. On the need in a position like this to maintain open lines of communication outside the ivory tower, there is something mentioned by Sigmount Koenigsberg, the commissioner on anti-Semitism for Berlin’s Jewish community that’s worth noting. Cited by Axelrod, Koenigsberg, who had offered in the past to consult with the Museum, observed, “Somehow, they are in their own bubble.”

Here’s  an article from the Forward, which has relevant links

A German-language article critical of the Jerusalem exhibition. I am unable to assess the actual claim made by the critic having not seen the exhibition. But it speaks to the antipathies that flared up in relation to questions concerning the directorship of the Museum as an institution.

Another German-language article about same and with an identical caveat as above.

A better German-language article that appeared in Zeit Online by Green Party politician Volker Beck makes critical mention of historical omissions in the narrative arc of the Jerusalem exhibition as they relate to the the events of 1948 and 1967.

This article, also at Zeit Online, by Josef Joffee, a veteran columnist at that paper, gives some background re: unhappiness re: the directorship at the Museum previous to Schäfer. I include it here because that segment of the article was interesting, whereas his own critique of Schäfer and Schäfer’s scholarship did not come anywhere close to meeting the bar of fairness.

Conservative Jewish cultural critics complain about this a lot. (I have written here about an exhibition about medieval Jerusalem held at the Met two years ago that provoked identical complaints.) Most of what you’ll find online about the exhibition in Berlin is the argument that the Islamic visual presence dominates the exhibition and that much of the narrative is critical of Israel. None of this should be surprising, given the history of Muslim dominance of the City since the 7th c. and the dominance of Israel since 1967. About the Berlin exhibition, one might prefer instead this review at the Forward of the Jerusalem exhibition, which suggests, without obfuscating the conflict, that the actual problem of the exhibition was the reification of conflict in relation to everyday life.

On rightwing Israeli governmental interference in the goings-on at the Museum is this article in the NYT.

A website from the Museum about the “Welcome to Jerusalem” exhibit

A protest petition signed on by mostly 240+ Jewish Studies scholars in solidarity with Schäfer, the focus being on the stature and importance of the man and his scholarship and scholarly ties with academics in Israel

A German-language interview with Professor Schäfer in Der Spiegel