A Haredi Response to Anti-Semitism After Monsey (Shimon Rolnitzky) 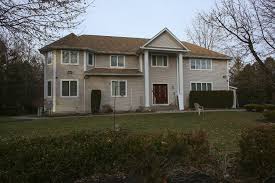 In mainstream society, both in the United States and in Israel, Haredi Jews are more seen than heard. I am not sure if in Haredi communities his point of view is representative or not, whether it reflects this and that reality or is meant to stand out as a normative statement about things as they ought to be. But here are some quick takeaways from this piece by Shimon Rolnitzky in response to the anti-Jewish violence in Monsey and Jersey City. You can read it in full here at the JTA. Utterly dignified and self-respecting, and humble to a fault, Rolnitzky’s point of view is a profoundly religious one that reflects a delicate balance between the world inside and the world outside, focused on goodness while refusing the logic of enmity, hate, and violence.

[1] This will will probably surprise outsiders, among whom I count myself. In the very immediate aftermath of the attack, instead of scattering, the community quickly regrouped to complete the celebration of Hanukkah and Melave Malkah Tish, a Hasidic custom that concludes the Sabbath. “Together with his Hasidim, ignoring all of the chaos and panic outside, he sang songs and praises to the Almighty for all of the Jews who miraculously survived the attack.” The real world outside is set aside by the larger value of the alternate reality unfolding inside the sacred ambit. You can see a short clip here. I think it’s extraordinary.

[2] Not a single word of malice about “the goyim” or “black anti-Semitism.” Instead of closing up inside the cosset of that enclave, Rolnitzky reaches out to the larger communities of color. “That is, in my opinion, the strongest message that can be taken from the attack. The natural friends of Orthodox Jews are other minority communities next to whom we live. A large part of the black, Latino and Muslim communities, our neighbors, look at us religious Jews as their natural allies against a world of enmity and hate.” In this point of view, one should note, Jews aren’t white.

[3] The refusal of partisan political and racial goal scoring. “We also do not need any help from demagogues who are busy after every attack with ridiculous finger-pointing, whether there is more white anti-Semitism or more black anti-Semitism, if the Jew haters are more likely to be found in the right camp or more on the left, and which parties are taking the danger to Jews more seriously.”

[4] Trust in state authority, including words of support for NYC Mayor De Blasio.

[4] “Our strength” is no guns. “[W]e must be wary of those who say that guns are the answer. From the time that haredi children are very small, we learn to despise weapons. The words of my teacher ring in my ears: “Our strength is only with our mouth (praying to the Almighty).” When we learned the Talmud tractate of Shabbat, the teacher pointed out that the sages say (63a) that a person is not allowed to go around with a weapon on the Sabbath because their purpose is “shameful,” they are a disgusting item. We always heard from our religious leaders that the weapon of a Jew is the voice of Jacob (Genesis 27:22).”

Zachary Braiterman is Professor of Religion in the Department of Religion at Syracuse University. His specialization is modern Jewish thought and philosophical aesthetics. http://religion.syr.edu
View all posts by zjb →
This entry was posted in uncategorized and tagged American Judaism, anti-Semitism. Bookmark the permalink.