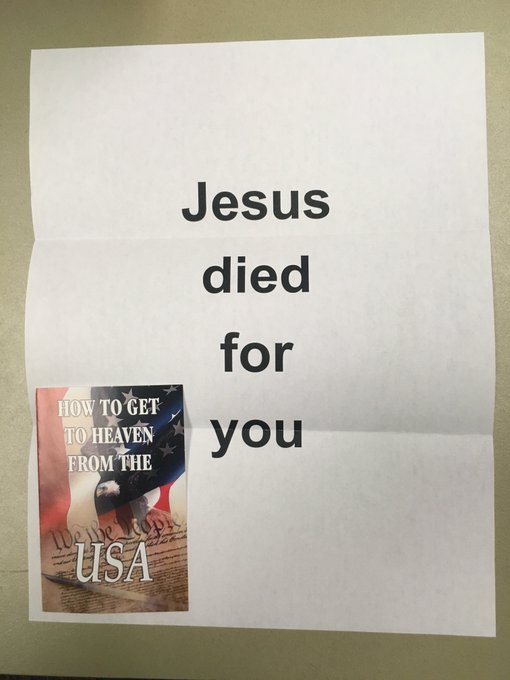 After Pittsburgh and Poway, it was almost comforting to be able to identify the political and racial identity of white anti-Semitism. We knew, more or less, where it was coming from and recognized the motivating ideologies. Now many of us are less secure about that after the attacks in Jersey City and then Monsey and the attention these drew to the ongoing harassment of hasidic Jews in Brooklyn, predominantly by people from communities of color. About this, because the appearance of these facts, largely not understood, does not always conform to a clear political agenda, liberal and progressive gentiles, white and black, have been largely silent. Already very nervous, American Jews are now very, very nervous and on edge. It’s not an unfair question to ask. Where is this coming from? As a socially distributed form, violent and lethal anti-Semitism seems to be truly ambient and everywhere.

A number of analyses from the anti-Zionist Jewish progressive/radical left about anti-Semitism are structured around whiteness, i.e. primarily the whiteness of rightwing ethno-nationalists in relation to Jews, and then the whiteness of white Jews in relation to POC, including Jews of Color caught at a uniquely terrible intersection. According to this point of view, white supremacism is, in this country, the primary cause of anti-Semitism and of anti-black racism and Islamophobia; mainline Jews are deeply implicated in American whiteness; and Zionism is racism. The solution going forward is to recognize that Jews and POC are “natural allies”; police-securitization of the problem only undermines this alliance; and that social justice, political revolution, and solidarity with communities of color are the only answer to the problem.

The primary line of this argument about the deep common root of anti-Semitism and white supremacism is, effectively, the exact reverse of the titular line of critical thought in the classic 1967  thesis penned by James Baldwin. Addressing two different sources of anti-Semitism, the argument being made today on the progressive/radical left that Americans Are Anti-Semitic Because of White Supremacy mirrors Baldwin’s claim that “Negroes Are Anti-Semitic Because They’re Anti-White.” However and in that the left-analysis ignores another constituent feature of American culture, it lacks Baldwin’s critical nuance while missing the key point of Jewish difference in the western tradition, which has little to nothing to do with race per se.

While white supremacism and anti-whiteness are deep factors contributing to the expression of contemporary anti-Semitism in the United States, it’s also the case that Americans’ aren’t anti-Semitic because of whiteness.

Americans are anti-Semitic because of Christianity.

By “Christianity” I mean here (only and narrowly in relation to Judaism) a two thousand year hegemonic structure of thought and feeling that has dominated European cultures, an assemblage of historically sedimented habits that, over time, cut across class and race and that predispose people to look at Jewish things in a negative light, more or less utterly and before they are even aware of it.

About this too, Baldwin has much to say, although this part of his analysis often goes overshadowed by the claim about anti-whiteness in the African American community.

I’m identifying three lines of thought that distinguish Baldwin’s analysis of anti-Semitism and the particular form coming out of the African American community at the time he penned it.

[2] Baldwin positions American whiteness not simply on its own and as itself, but in relation to Christianity. In a probably unintended inversion of the argument made by Marx about the relation between Christian capitalism and Judaism, Baldwin writes, “In the American context, the most ironical thing about Negro anti-Semitism is that the Negro is really condemning the Jew for having become an American white man–for having become, in effect, a Christian.” For Marx, it was the Judaism of capitalism that was supposed to scandalize his gentile readers, whereas for Baldwin, it was the Christianness of Jewish social privilege that was meant to shock his Jewish and Christian readers.

[3] While writing about black anti-whiteness in relation to anti-Semitism, Baldwin knew better about something that was once commonly understood by both Jews and gentile and that has been forgotten across the entire political spectrum. A still impolite and impolitic thing to say is the recognition recognized by Baldwin that Christianity “[controls] the American drama,” that anti-Semitism is a “devastating” Christian “vice,” that “the crisis taking place….is not produced by the star of David, but by the old, rugged Roman cross.”

Perhaps the sudden appearance of the swastika in public life today takes our eye off that rugged Roman cross. The swastika allows us to forget about Christian religion and the intersection between Christian religion and American culture, including the soft or hard bigotry that sees in the Jew some thing either beneath contempt and not worthy of attention or the immediate cause of “our misfortune.”

The  problem is not Christianity as such. There are many, many Christians who are not anti-Semitic and who recognize the problem of anti-Judaism in their own tradition. And there is much more to Christianity than its relation to Jews and Judaism. But Christianity is there at the root of the original social prejudice and stigma that first creates the difference between Jews and gentiles, setting up and permeating the entire cultural milieu which all of us inhabit together in the United States after genocide in Europe.

Zachary Braiterman is Professor of Religion in the Department of Religion at Syracuse University. His specialization is modern Jewish thought and philosophical aesthetics. http://religion.syr.edu
View all posts by zjb →
This entry was posted in uncategorized and tagged American Judaism, anti-Semitism, Christianity, Judaism. Bookmark the permalink.