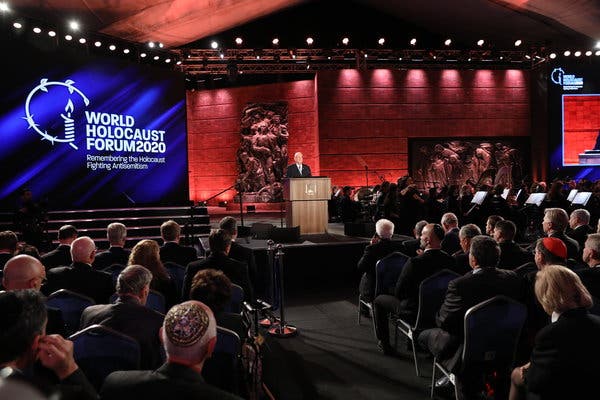 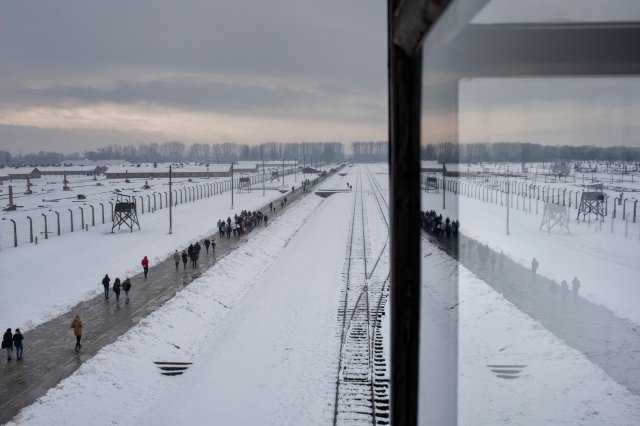 In reference to the large gathering of world leaders in Jerusalem at “World Holocaust Forum 2020” to mark the 75th anniversary of the liberation of Auschwitz. These are pictures of pure power, state power, international state power brought to bear on memory and preservation. About this confluence it is (too) easy to moralize, and, yes, the world leaders look ridiculous. But the photos are fascinating. The absence of survivors at the Jerusalem confab has been noted by others and speaks volumes. At this stratosphere, what “matters” here is how memory, rights, and recognition don’t have strong force in the world outside the manipulating political frameworks and manipulated couplings that are the essence of state power. I grabbed the photos here at the NYT where they appeared prominently, a visibility which is an integral part of the very story upon which the article reports. Lastly, there is the photograph of the historical visit to Auschwitz of Mohammad al-Issa, an important Saudi cleric close to Crown Prince Mohammed bin Salman. His visit broadens in very significant ways the geo-political picture about Holocaust memory seventy-five years after the end of the war.

Zachary Braiterman is Professor of Religion in the Department of Religion at Syracuse University. His specialization is modern Jewish thought and philosophical aesthetics. http://religion.syr.edu
View all posts by zjb →
This entry was posted in uncategorized and tagged Holocaust, politics. Bookmark the permalink.