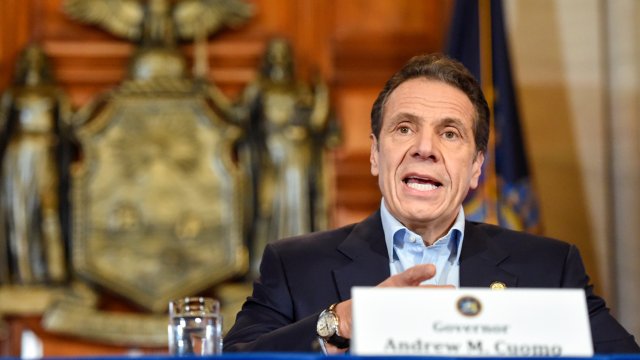 Like the one today (April 13), I’ve been watching a lot of these daily press conferences with Gov. Cuomo of New York in response to the Cornonavirus pandemic. Personally, I find them unvarnished and reassuring. Listening for religion and religion and politics I caught these signal points.

The first was a comment about Easter Sunday the day before. The heartfelt confession was standard. “For me, I’m Catholic,” he said. “Easter Sunday is the high holy day in many ways … and to have this happen over this weekend is really really especially tragic and they’re all in our thoughts and prayers.”

Of much greater import was a comment that followed as part of a general discussion about the cautious turning of a corner maybe being at the end of the beginning of the Coronavirus pandemic, communicating that New York State is or might be beginning to control the spread if we maintain the course.

What caught my notice was when Gov. Cuomo said that there was no on/off switch, no “hallelujah” moment or “epiphany” that will mark the end of the crisis, just a series of ongoing partial resolution points on the way forward. And then he said that it wasn’t God stemming the pandemic, that this was thanks to the working mechanism of interlocking gears of smart government, a mechanism of “gears” none of which work without the consent of the governed, some 19,000,000 people in the State of New York.

With no public appeal to supernatural salvation and nothing pretentious about them, the mentions were the off-hand comments of a politician whose cultural background is Italian Catholic. From a center of power at a moment of crisis, the grace note of liberal religion was a modest one of “thoughts” and “prayers” followed by “toughness” and “love.”

Zachary Braiterman is Professor of Religion in the Department of Religion at Syracuse University. His specialization is modern Jewish thought and philosophical aesthetics. http://religion.syr.edu
View all posts by zjb →
This entry was posted in uncategorized and tagged Christianity, liberalism, New York, politics, religion, secularism. Bookmark the permalink.