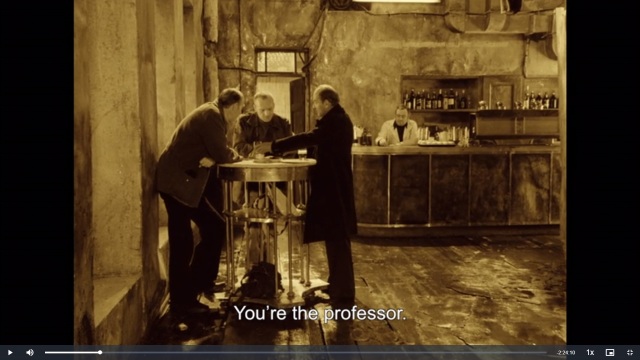 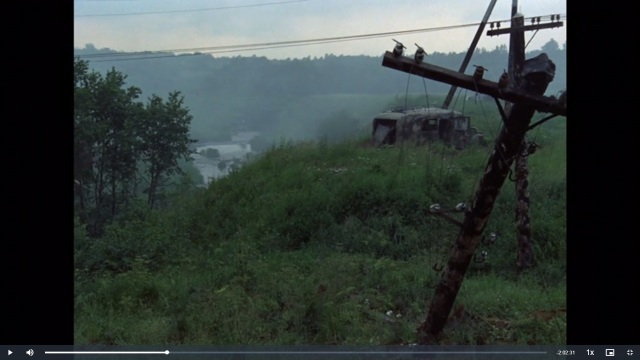 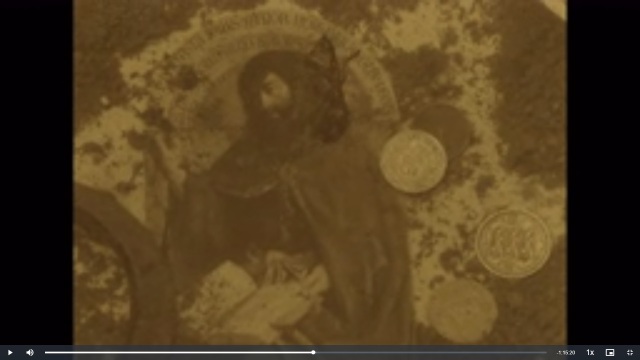 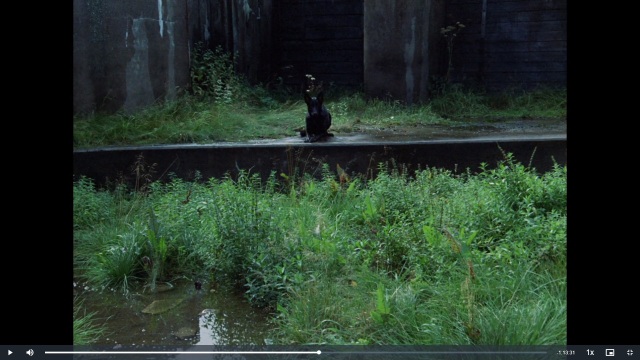 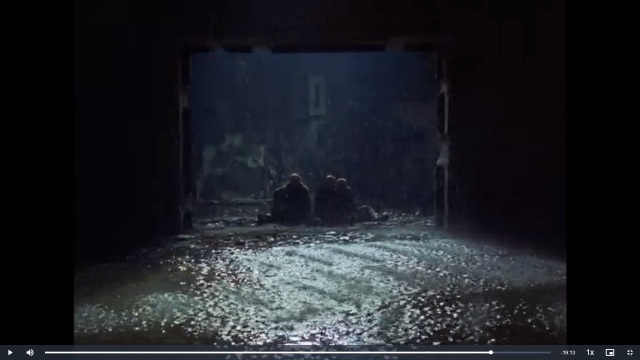 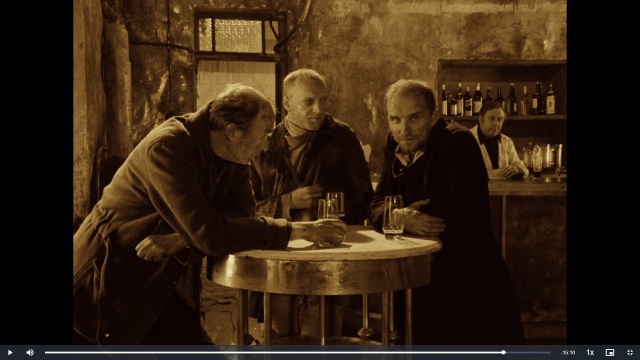 This here is a more thorough reading of Tarkvosky’s The Stalker (1979), just before he left the Soviet Union for the West. . My own comments are more more religion-specific.

By way of a quick plot synopsis: Once upon a time in a not so distant and post-apocalyptic future, with civilization in ruins, everything and everyone is grimy, shot in sickening yellow gleam. The “Stalker” leaves his wife and daughter behind to guide two new clients into “The Zone.” One is a cynical hack, The Writer; , the other is The Professor. The Zone is an alien deep-forest-green place outside the city that the government has cordoned off. There’s the Room there that will grant anyone what their heart desires, not what they think they want, but what they really want without knowing. You are shown who and what you truly are. So it’s a trap. The Zone drives people mad and to their own death. By the end of the film, the Writer is recognized to be a good man. The Stalker and his wife and daughter turn out to be true believers, in life and in hope.

Stalker is a little like Solaris. Its theme is Christian, its topic the interaction between lonely and unhappy human beings and an alien landscape that responds to them psychically. Opposed to the grime and filth of human civilization, green and water symbolize life, hope, repentance and resurrection.

About the Zone, the Stalker, in an early monologue, informs his clients that they must respect their way through it. The Zone is a maze, a death trap. When humans appear everything changes. This is the Zone. It might seem capricious, but, in fact, we construct it out of our own state of mind. Everything that happens is because of us. The Zone only lets through those who have lost hope.  It might be a place of grave danger. Malicious people, criminals and tyrants might get in and create who knows what havoc; but the Zone is also the last hope on earth

About the human, the Stalker wants us to understand, even pleads us to understand, that passions are the friction between self and world. Flexibility and softness are the original human condition, the original condition of plants and trees, like water, not hard strength and brittle of death. That is why the hard and strong doesn’t survive. Technology is an artificial crutch, a means of consumption, in ruin. The Writer who believes in nothing thinks that the purpose of “man” is to create art, great illusions, and images of absolute truth. The Stalker dreams apocalyptic dreams, shot in yellow, watery images that draw upon the book of Revelation; the entire film is structured in parallel to the story of Jesus and the two disciples on the road to Emmaus, their movement from hopelessness to hope.

Towards the Room they go, through a fetid tunnel called the Meat Grinder and then through a pool of filthy chest-high water; a baptism. The Stalker is a priest, leading others to the room. Does he living off the misery of others? Is he God and czar here, deciding who lives and who dies? But the Stalker brings the unhappy to the room, only he can help them, himself a suffering louse, one of god’s fools. The Zone is his only freedom and dignity. The three wait together at threshold to the Room, in an anteroom, like in Kafka’s famous parable before the Law. Stalker realizes; maybe he should bring his wife and daughter here to live forever where no one will hurt them. It begins to rain clean water. And then the final scenes cut back to the real world. The Stalker and his family meet back together. With the dog. The Writer is redeemed; in the end, it turns out that he likes dogs, and that’s “good.” Things have meaning and reason. Stalker cries; no one believes; no one wants the room; all his efforts are in vain as his wife puts him to bed before her final monologue about her life and her suffering and her happiness, and hope. The last scene is the daughter’s, reading the Bible; she has the power of telepathy through the power of which she moves three glasses across a table in a quiet room as a train rumbles by outside like thunder.

Poking around online I found this article here at Slate by John Semley. It touches upon time, about the long shots that characterize Tarkovsky’s cinema.

In his 2006 book “The Way Hollywood Tells It,” David Bordwell estimates that the average shot length of contemporary motion pictures ranges between four and six seconds. Modern blockbusters contain (again, on average) anywhere between 1,250 and 3,000 shots, the idea being that the acceleration of images and visual information will itself provide a sense of pace or excitement. (The effect of such quick-cut visual chaos — as anyone who has been nauseated watching a Michael Bay “Transformers” film, where the shots seem to change very 40 frames — can prove dizzying, even nauseating.) “Stalker,” by comparison features only 142 shots across 163 minutes, with an average shot length of one minute and eight seconds, and many takes running four to five minutes.

To this I would only highlight a point touched upon by Semley. The slowed down tempo, the sense of boredom, also touched upon Semley citing Kierkegaard, is that which creates the tense spiritual effect in this body of work –brown-yellow, green, heavy thick, watery.