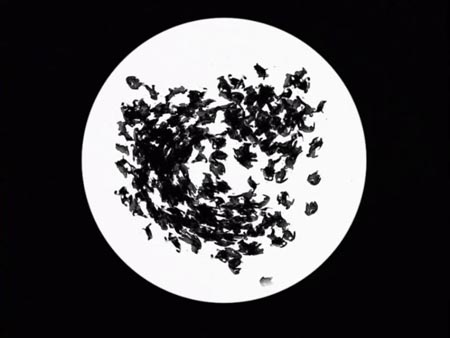 One more post regarding Deleuze,Kafka, majoritarianism and minor literature.

As much as I might want to think past the constraints of a simple, binary opposition I’m finding the polar difference between majoritarianism  and minoritarianismto be intractable, conceptually. Neither term refers to stable entities as much as to the potential and and/or actual transformation of phenomena.

Historically, textual traditions such as the Babylonian Talmud or Zohar are different kinds of animal when they constitute the “minor literature” of an exilic-diasporic people. They are inhabited by eccentric figures and concepts that run against the grain of more hegemonic religious systems. This discovery generated much of the enthusiasm for archaic Jewish literatures in early (1970s) postmodernism (Derrida, Lyotard, Harold Bloom, Blanchot, Jabes, Susan Handelman, Geoffrey Hartman, and the first generation Textual Reasoning  of Daniel Boyarin, Eugene Borowitz, Robert Gibbs, Steven Kepnes, Peter Ochs)

Once, however, Talmud and Zohar become the minor literature of a majority, as today in the State of Israel, many of the same figures and concepts turn into something dangerous, politically. The potential for actual violence imbedded in the tradition were picked up by text scholars such as (again) Daniel Boyarin, Aryeh Cohen, Shaul Magid, and Elliot Wolfson, especially in relation to Zionism and the image of women and non-Jews in these textual traditions. The problem of gender has always been understood by Jewish feminists, whether or not Jewish philosophers ever paid them any much mind or not.

Consider for instance the way the political community of “Knesset Israel” or the power of rabbinic or zoharic authorities trump the sovereign will of God. As alternative metaphysical models, these are quite fascinating. They invert the classical binary according to which that which is “above” determines that which is “below.” They show precisely the way that which happens “above” depends upon what happens below. It even sounds democratic, or at least potentially so, insofar as the classic lines of authority between divine and human powers are inverted. This sounds pretty good. But what happens when contemporary, conservative religionists enlist this same eccentric posture and turn it into an operative political platform? In these new historical and social configurations, the text and its eccentric metaphysic now take on reactionary capacities. Hegemonic privilege is now attributed to a sectarian, religio-political elite. Now extraordinary supernatural power and authority are imputed to the premodern, anti-democratic world-views of rabbis, kabbalists, and to those who, in our own day, would speak in their name in order to stamp coercively the life and culture of a secular society.

The concepts “major-minor” help Jewish Studies and Jewish philosophy to consider the hermeticism that informs the textual tradition. Which texts or moments in a given text are super-striated, which are more open or smooth? The point then is not to reify our notion of what or who constitutes a “minor literature” or “minority discourse” versus what constitutes or who represents a “majority” or “master” discourse. The one can always turn into the other, and back again.

Zachary Braiterman is Professor of Religion in the Department of Religion at Syracuse University. His specialization is modern Jewish thought and philosophical aesthetics. http://religion.syr.edu
View all posts by zjb →
This entry was posted in uncategorized and tagged Deleuze, God, Israel, Judaism, text. Bookmark the permalink.