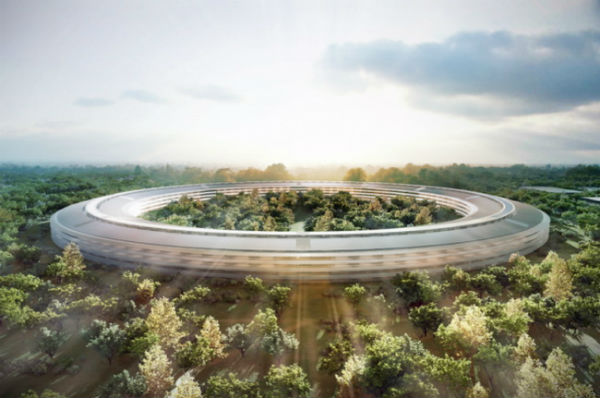 (Steve Jobs introducing plans for a new corporate campus to the City Council of Cupertino, CA, pictured below) (these photos ran at the NYT)

Apparently Apple does not pay its full share of corporate taxes. I don’t know why we anyone should be surprised. Or why we should look at Apple any differently than how we look at oil companies like Exxon or Shell. They do as much good and they do as much damage.

The investigative piece about Apple on the front page of this Sunday’s NYT, part of an ongoing series, continues to take the shine off the company. A previous article in this series looked at the exploitation of labor overseas at manufacturing subsidiaries who work for Apple. This one reports on how Apple exploits American tax law and accounting tricks to evade the full extent of its tax responsibilities.

“[W]hen America’s most profitable companies pay less, the general public has to pay more.” This to me represents the article’s most important takeaway. It is the opinion of a former Treasury Department economist quoted in the article at the NYT.

This speaks directly to questions concerning who profits from our high-tech culture and who incurs the costs that come with it. It turns out the ratio is pretty much 1% to 99%. In particular, the article links directly the costs in lost tax revenue from Apple and companies like it to the current economic crisis gripping the state of California, the loss of revenue, the cuts in services, the cuts to education, etc. etc.

It’s not just that Apple gets to skip out on its tax burden. The problem is that American taxpayers have to pay for it. And when they can’t or won’t, then everything begins to unravel.

Corporate shills and tech groupies will continue to claim that Apple is no different than any large conglomerate. They will also point to how much Apple contributes to the California State and U.S. economies, and how much the company and its employees contribute charitably to the culture at large.

But Apple is not just another media giant. It deserves special scrutiny. Its wealth is so vast. Its products are so ubiquitous. And the company has come in so many ways to represent the shiny surface of the ethos of our current cultural condition. But I think it’s also important to remember that large corporations, and Apple is just another large corporation (or it’s not because it’s so big and so iconic), enjoy lots of largesse provided to them by the U.S. government and American taxpayers without paying their full share in return.

Last summer during the social protests in Israel, this was referred to as swinish capitalism.

I wonder more and more about the economic and moral sustainability about technological culture as its products more and more subsume our daily lives, and the more and more claims re: big science and big technology dominate the political, economic, intellectual, and cultural climate.

The artist’s rendition of the projected new Apple HQ leaves out of the picture the social devastation that is the surrounding California economic environment. Here’s hoping that Apple becomes part of the solution, not part of the problem. But there was a lot of nasty about Steve Jobs and there’s something grubby and dishonest about this picture of the new campus and about all the technology they both represent.

Zachary Braiterman is Professor of Religion in the Department of Religion at Syracuse University. His specialization is modern Jewish thought and philosophical aesthetics. http://religion.syr.edu
View all posts by zjb →
This entry was posted in uncategorized and tagged money, technology. Bookmark the permalink.