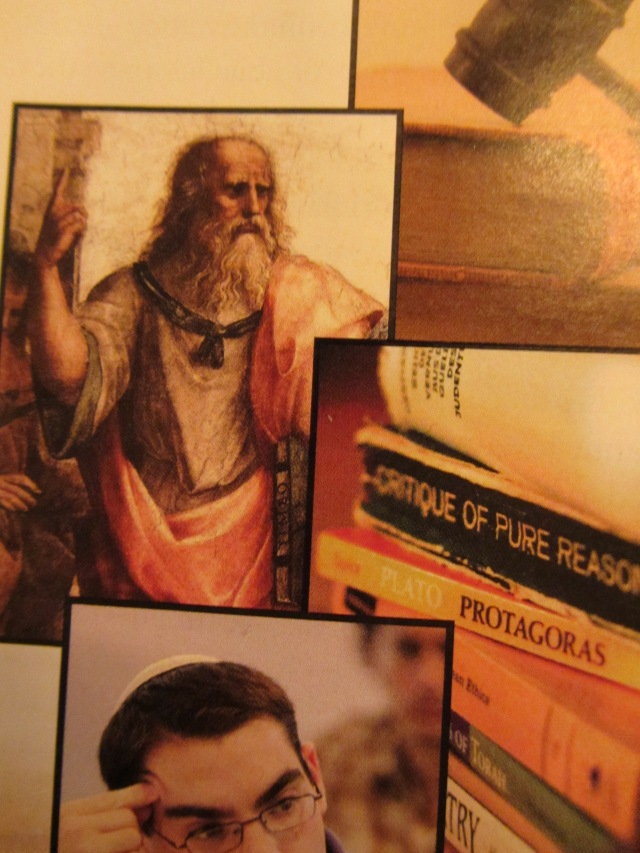 What does Judaism and Jewish thought look like? That would depend on the look and the looker.

These are the visuals promoting the undergraduate summer program organized at Princeton University by the neoconservative Tikvah Fund. I found them at the Jewish Review of Books, another platform sponsored by the Tikvah Fund.

I (don’t) like how  the repetition of the index finger and how the gavel hangs over the entire ensemble.

Without ever having to say them out loud, the keywords that the pictures and the bold red, graphic frame promote include:

In other words, Jewish thought and culture take on the cast cast for them a long time ago by Leo Strauss. A very narrow box, it’s an unlovely visual form of contemporary modern Jewish thought and Judaism about which one might want to entertain a second thought or two.

About all this, I’ve written before in more detail. My argument was that the Tivkah Fund is a rightwing operation with deep corporate  pockets. Its carefully conceived donor strategy is to use university programming in Jewish Studies and Jewish thought to project a conservative face onto the American Jewish body politic.

Without ever having to say so, these images are neither modern nor democratic. They represent a discrete philosophical and political picture-world.

Zachary Braiterman is Professor of Religion in the Department of Religion at Syracuse University. His specialization is modern Jewish thought and philosophical aesthetics. http://religion.syr.edu
View all posts by zjb →
This entry was posted in uncategorized and tagged aesthetics, American Judaism, Jewish Philosophy, Judaism, politics, Tikvah Fund. Bookmark the permalink.