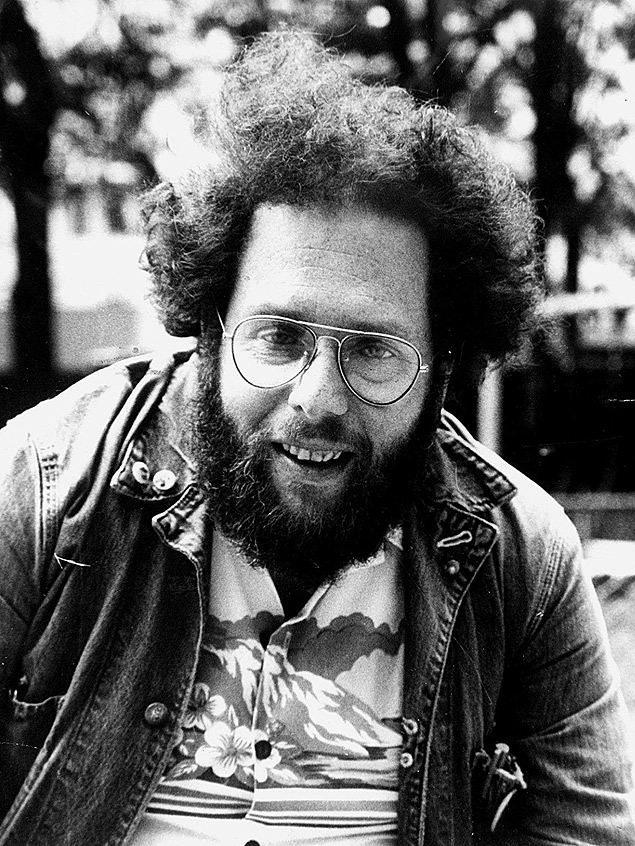 Deeply touching, Todd Gitllin’s obituary online at Tablet Magazine to Marshall Berman (z”l). Berman’s All the Solid Melts in the Air, published in 1981, was still all the rage when I was in graduate school. Berman still represents a kind of Marxism that seems to have been eclipsed in contemporary critical theory by more militant and rhetorically violent forms in contemporary continental theory. Maybe it was his abiding interest in place, a concept that more iconclastic critics like to undo. Or was it modernism outdone by postmodernism? Or the kind of Jewishness that once marked postmodernism that has since been undone superseded in critical theory? Marked no doubt by Berman’s prophetic visage, there’s this combination of humanism, Marxism, modernism, and urbanism, as well as the open eye for spectacle and the sense of place caught up in maelstrom.

I took these lines from Gitlin. I like how lovingly they were written:

By modernism he meant “any attempt by modern men and women to become subjects as well as objects of modernization, to get a grip on the modern world and make themselves at home in it.” But in All That Is Solid, despite the title beautifully lifted from The Communist Manifesto, Marshall was not so much heralding a visionary future as celebrating, and worrying about, the possibilities of the present. “To be modern,” he wrote, “is to experience personal and social life as a maelstrom … To be a modernist is to make oneself somehow at home in the maelstrom, to make its rhythms one’s own, to move within its currents in search of the forms of reality of beauty, of freedom, of justice, that its fervid and perilous flow allows.”

The saga of All That is Solid concerned a lot more than theory—it concerned taking seriously the whole onrush of modern life. It was, in a way, a self-help book to end all self-help books—a book that said that you’re not alone in knowing you need help to place yourself in a swarming, self-undermining, change-crazy world. He began with Goethe’sFaust, emphasizing the usually neglected Part II, where the eponymous hero-villain transmogrifies into a ruthless real-estate developer, a personification of “the tragedy of development” and an anticipation of Stalin, Le Corbusier, and the hometown urban wrecker Robert Moses, whose gash of a Cross Bronx Expressway sliced through the Berman family’s original neighborhood in the South Bronx. It was in his ability to move through levels that the book was a life-changer, for me and many others. He imagined an eight-mile-long mural that might, in some glowing future, be painted onto the walls of the Cross Bronx, He always knew that, even in a poisoned world there was still, and always, a same old story to be told, of “a fight for love and glory,” when In the closing chapters of All That Is Solid, he swept triumphantly into the present with tributes to Jane Jacobs, Spalding Gray, and graffiti artists without number or, often enough, public names. Later he welcomed Cyndi Lauper, Queen Latifah, and the Beastie Boys into his personal pantheon. He called Times Square a place where “Cubism is realism.” He proclaimed “the right to the city” and “the right to be part of the city spectacle.”

Marshall Berman died at the Metro Diner on 100th St. and Broadway, down the street from Anschei Chesed, where he was something of a fixture. For some reason, I never screwed up the courage to introduce myself. A lot of the time, he seemed like he was in too much physical pain for me to bother him. I admired him from a distance. He was the quintessential New York Jewish critic.

Zachary Braiterman is Professor of Religion in the Department of Religion at Syracuse University. His specialization is modern Jewish thought and philosophical aesthetics. http://religion.syr.edu
View all posts by zjb →
This entry was posted in uncategorized and tagged Marshall Berman, New York, parks & gardens, politics. Bookmark the permalink.