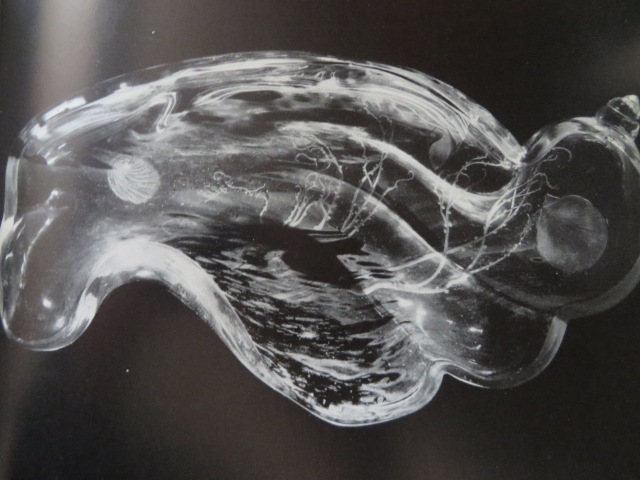 Art Nouveau reminds me of Nietzsche in The Birth of Tragedy. As an art movement, art nouveau belongs to that period at the fin de siècle very much under the influence of Lebensphilosophie and vitalism. The perfectly formed body stands out illuminated against the background of Dionysian chaos and flux, the force of which inundates and animates its shape. The photograph of Emile Gallé’s bowl (1899) appears in Robert Schmutzler’s Art Nouveau (p.263). Lushly illustrated, Schmutzler’s book is full of objects that look like Appolinian bodies. But let’s also not forget that Susan Sontag called art nouveau the epitome of camp, which might be  neat concept with which to loosen up our own readings of Nietzsche.

Zachary Braiterman is Professor of Religion in the Department of Religion at Syracuse University. His specialization is modern Jewish thought and philosophical aesthetics. http://religion.syr.edu
View all posts by zjb →
This entry was posted in uncategorized and tagged art, body, Nietzsche, object. Bookmark the permalink.