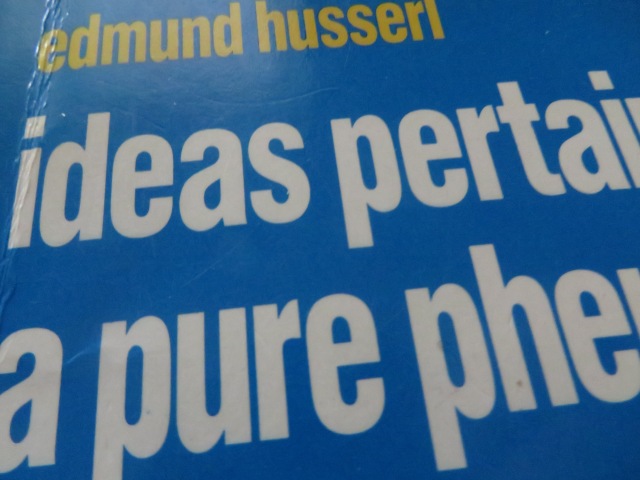 Unlike Husserl, Heidegger wants to get back to the elemental originality of mere thingness of sensation without the theoretical mediating force of the imagination. This means that the subject disappears into the object, i.e. into the world, into time, into Being, phusis, Beyng, etc. This becomes crystal clear in the Beitrage, about which I’ll post a thing or two in a couple of days. For Husserl, on the other hand, Being is not pre-given. Being is posited, “an actively performed positing of being in which the [transcendental] Ego lives and grasps what is objective, seizes and posits as a being” (Ideas II, p.13). With Husserl, the interconnections are flowing, relative, and, as posited, subject-dependent. “Subjects cannot be dissolved into nature, for in that case what gives nature its sense would be missing. Nature is a field of relativities throughout, and can be so because these always in fact relative to an absolute, the spirit, which consequently is what sustains all the relativities” (Ideas II, p.311).