Statement re: Shimon Dotan, Syracuse University, and the Atlantic Magazine 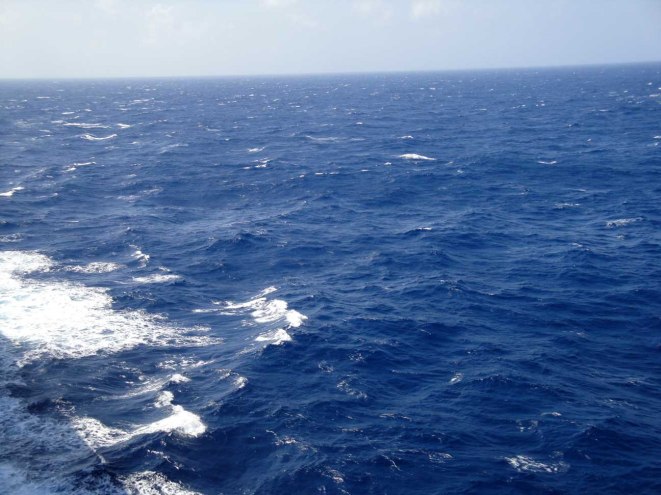 With great sadness, I am writing in my capacity as director of Jewish Studies and as a close colleague and personal friend of Professor Hamner to share with the public my best assessment of the recent business concerning Syracuse University, the filmmaker Shimon Dotan and his recently released movie The Settlers. As is now well known, Professor Hamner decided not to extend the invitation to Dotan to screen his film at the Ray Smith Symposium on Religion and Film at Syracuse University. While the politics saturating and contaminating on campus discourse about Israel and Palestine played a role in the background, the decision not to screen the film as part of this special university-wide symposium was based on a colleague’s considered professional judgment. The result was poorly sourced piece of attack-journalism that appeared at the Atlantic Magazine that has since gone semi-viral, casting negative aspersions on a university colleague and Syracuse University.

As a staunch and active critic of campus BDS, I want to convey how much I appreciate the words expressed by the Syracuse University Administration in defense of academic freedom around questions relating to Israel and Palestine. As a university academic and colleague, I am just as committed to the principle of faculty governance, including the right of faculty members to come to their own independent judgment about academic programming, especially around hot button political issues.

I am writing to assure anyone interested that from my perspective that there is nothing to what is a very flimsy story as it appeared in the Atlantic. The reporter did none of the journalistic spadework to get to the bottom of the story particularly as it relates to this particular event or to the general environment at SU which is cordial and collegial. His only sources were [1] a poorly formulated email from my colleague sent to the filmmaker that was then leaked to him and [2] the filmmaker’s own statement. No third and independent sources were sought for that might have complicated the filmmaker’s version of the story. As I was mentioned by name in my friend and colleague’s offending email, I do not understand why I was not contacted as part of his report.

Misleading to the extreme was the statement by the Atlantic writer that Dotan had been disinvited from appearing at SU. In fact, no formal offer had been made to the filmmaker to come to Syracuse, so none was rescinded. The Atlantic article states that an invitation to the conference was issued to Dotan by William L Blizek, of U Nebraska.  But Blizek from Nebraska had no authority to invite Dotan to the Syracuse leg of the symposium run by Professor Hamner. That was her sole prerogative. He only had authority to invite Dotan to Nebraska, where Dotan will, in fact, be screening his film.

Regarding venue: at issue was not simply the possibility of an invitation to come to SU to show his movie. Most campus visits involve smaller events sponsored and co-sponsored by various campus units (departments and programs). They occur with more or less publicity and very little controversy, at least at SU. Dotan would have been warmly and immediately welcomed to appear at such an event co-sponsored by the Department of Religion, the Jewish Studies Program, and the Middle Eastern Studies Program without any careful or particular vetting apart from the inviting individual faculty member’s considered interest and available funding. In contrast, a university-wide symposium such as the Ray Smith is a more prominent university platform program involving more planning, more money, a broader university audience. This demands the more careful attention and vetting given to Dotan’s film.

About the symposium, obvious and genuine political questions about the invitation were asked by colleagues, myself included. I was initially enthusiastic about the possibility of inviting Dotan. But I posed the same questions about on-campus politics. I also forwarded to Professor Hamner mixed reviews from the Israeli English-language press to provide her a better sense of the film. With zero experience in the politics of Israel and Palestine and having not seen the film in question, Professor Hammer decided that in the end she could not answer any such questions or vouch for the film simply on its merits as a film. She was under the impression that there was no possibility to pre-view the film before having to make the scheduling decision. While politics lurked in the background, in my estimation, Professor Hamner made the correct professional decision not to go forward with an invitation to a guest for a major event without knowing either his or her intellectual-artistic profile or work beforehand.

No doubt disappointed to lose a prominent perch from which to promote his film, Dotan seems to have contacted journalists, including the writer at the Atlantic. It was their decision to blow up what was a confused and unsuccessful negotiation into a political cause. This includes the circulation of the private emails between Dotan and Hamner to conservative media outlets and university colleagues. In the process, Dotan and the Atlantic have caused reputational harm to a university colleague and misrepresented the campus environment at Syracuse University. Professor Hamner has taken full responsibility and apologized in public for the misunderstanding. But in no way does any of this justify the hostile malice and panicked alarm which this article has generated from small but vociferously vocal segments of the broader public.

I have been here at SU since 1997. I recognize not in the least the picture painted in the Atlantic. There is no chilling anti-Israel environment at this campus where Jewish Studies is integrated across the university, and where there is a large and robust Hillel run by expert hands. At best, the temperature regarding Israel is lukewarm, with most students and faculty simply and finally tired of and now uninterested in this intractable conflict. While there is no agreement and sometimes tension about Israel and Palestine in small pockets on campus, relations between the Jewish Studies Program and the Middle Eastern Studies Program have been ongoing, collegial, and warm; every year, courses are cross-listed and programs are co-sponsored together. Syracuse University has been an exemplar of getting the on-campus politics of Israel and Palestine right.

Having said all that, I would add that there is no reason not to think that had Dotan been invited to show his film at the symposium that Professor Hamner and Syracuse University would have been accused of promoting an “anti-Israel” and “anti-Semitic” movie by segments of the general community. I am afraid that reasonable people, as a matter of basic common sense and self-preservation,  will only conclude from this episode that it is best to shy away from anything having to do with Israel or Palestine, that any attention given to the conflict is only to invite upon themselves pain and punishment.

Prodded by I do not know what impression or motive, the Atlantic has done nothing but create tension and aggravate an appearance of conflict where none has existed heretofore; at least not to the degree that an onlooker from outside might be tempted to conclude from the reporting of this story. As a regular reader, I would have expected more from the online site of the Atlantic Monthly. As director of the Jewish Studies Program, I would have hoped to see more professional journalism and less general rush to quick and harsh judgment about a conflict whose contours are only difficult, deep seated and painful. The article in no way reflects and only distorts events as they transpired or the campus environment here at Syracuse.

2 Responses to Statement re: Shimon Dotan, Syracuse University, and the Atlantic Magazine