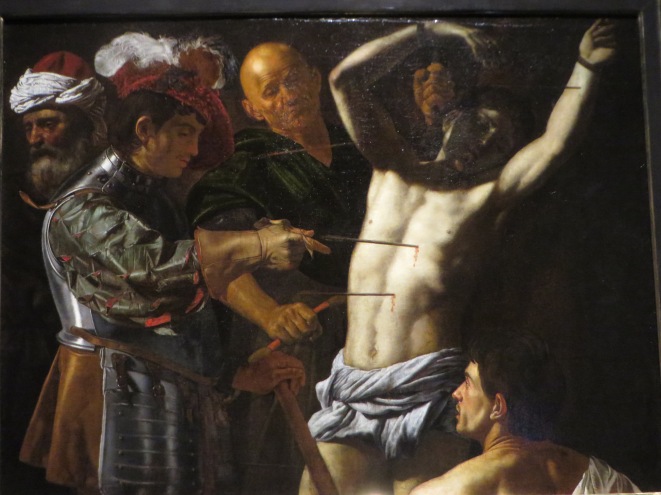 It might have been a a mistake to hide the martyr’s face behind the shadow of his right arm. But clearly, the attention in this painting attention goes, not  to St. Sebastian,  but to his executioners, and to the combined brutality of their work and calm facial expression. Not by the famous Caravaggio, they were painted  by an important follower, Cecco del Caravaggio, who worked in the early 17th century. It’s now on view at the Met as part of an exhibition of paintings by another late follower of Caravaggio, Valentin de Boulogne.

Zachary Braiterman is Professor of Religion in the Department of Religion at Syracuse University. His specialization is modern Jewish thought and philosophical aesthetics. http://religion.syr.edu
View all posts by zjb →
This entry was posted in uncategorized and tagged art, Christianity. Bookmark the permalink.