Between Right and Left (Amos Oz at Israel Ha’Yom) 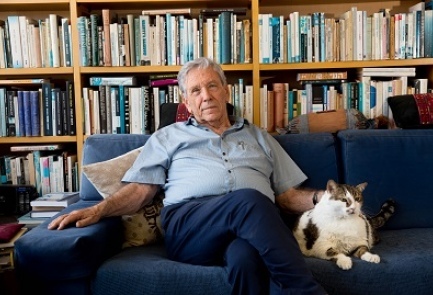 An interesting interview by Dror Eydar at the rightwing Israel Ha’Yom newspaper with Amos Oz. Part one is here and part two is here.  Topics included are self-determination, national identity, Hegel and the cunning of history, zealotry. The basic line of contention is that Oz applies a scheme of universal values and a concept of justice as fairness to the occupation and to the Israeli-Palestinian conflict, whereas Eydar is willing to concede that, in fifty years (at the end of some process), the Israeli right is willing to consider offering West Bank Palestinians political rights. The right still whines like they have not been in power since, effectively, 1977, but with no viable option to resolve a conflict with neighbors whose very presence they continue not to recognize except as a violent specter.