Blobby Shadow Cast By Brownstones Onto the Sidewalk 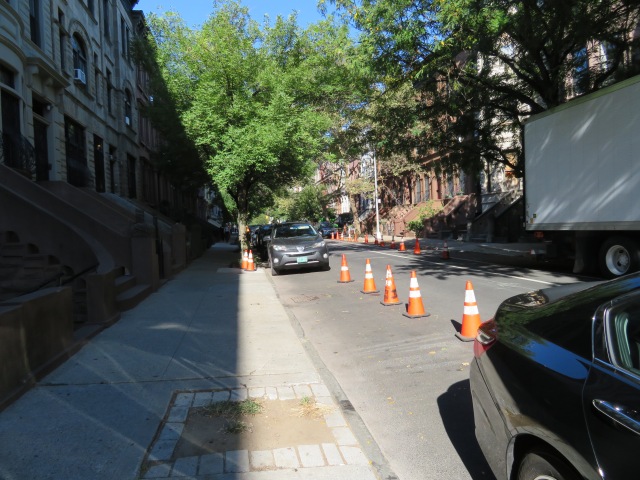 Being good Platonists, our eye usually goes from inside the cool space of a shadow out towards bright sunlit areas. But viewing it from just along its lit up edge shows, at least in the picture, the shadow cast off into space by the long row of brownstones to be a kind of blobby but discrete, enveloping physical presence projected out over the sidewalk. The tree on the left side of the street is caught in the middle, reflecting shadow and sun on this side and that.