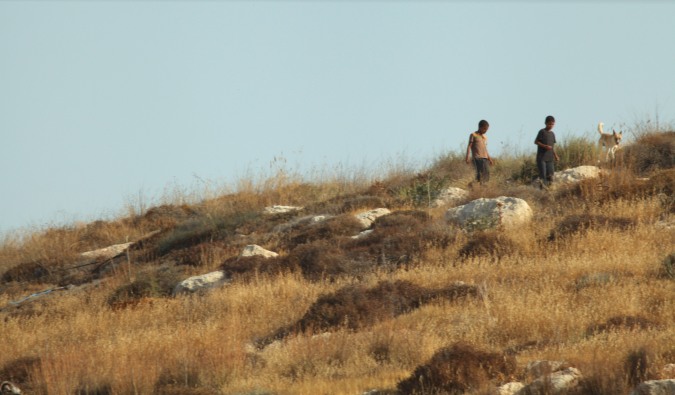 He’s young, the lieutenant; the faint trace of a mustache tells all. Awkward, inexperienced, unsure. More than a boy, hardly a man. He speaks fast, the words clipped, sharp, hurtful. He keeps playing with his rifle, waving it, aiming it, caressing it, turning it upside down, comforting it when it somehow rights itself again. The bullet clip is loaded; I can’t see if the safety catch is released. I don’t like any of this, for two reasons. First, I don’t like guns. I had to carry one, when I was a little older than the lieutenant, and I hated it. Second, I don’t like men who like guns.

He’s here to drive the shepherds off their lands. He’s got the Closed Military Zone order, not in its usual hard-copy form, a piece of paper signed by the Brigade Commander, but…