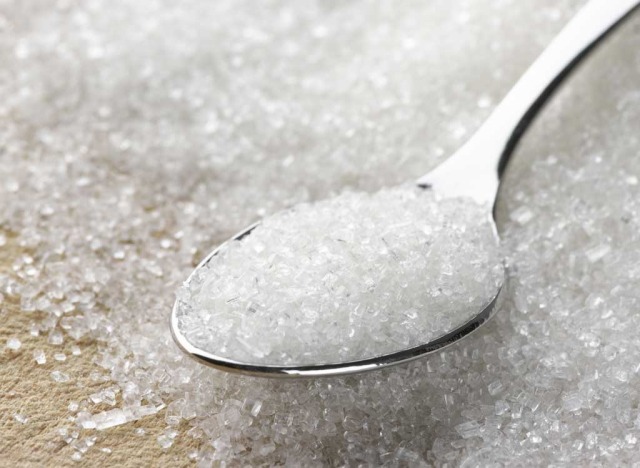 Somewhere in the San Francisco Bay Area, I must have bought the handsome 1961 paperback edition of Solomon Schechter’s 1909 Aspects of Rabbinic Theology from a used book shop when I was in graduate school. It then sat on my shelf unread, turned to only now as I’m working through a big contemporary aesthetic Jewish thought Talmud project. I’m only appreciating now just how lovely a book it is, how charming its picture of rabbinic thinking, Jewish thinking. By “lovely” and “charming” I mean the opposite of harsh and brittle. Louis Finkelstein’s introduction to the second edition adds to that impression. Evoking the values of Schechter’s native Rumania at the end of the nineteenth century, he comments upon the gentle ambience of learning, piety, and good deeds surrounding Schechter’s study. Pure nostalgia, Finkelstein’s remarks touch upon the emotional infusion of traditional concepts, their poetic and pedagogical value.

The organization of the eighteen chapters comprising Aspects of Rabbinic Theology only seem to be without any apparent organization. They can actually be broken up into three parts without doing too much damage to a text that otherwise asserts that its topic, rabbinic thought, is “not systematic.” The 1st group (chapters 1-7) are devoted to God (God and World, God and Israel, the Election of Israel, the invisible, universal, and national kingdom of God). The 2nd group (chapters 8-13) is devoted to Law (the personification of law, Torah in the aspect of Law, the joy of Law, etc.). The 3rd group (chapters 14-18) have as their subject Sin and Reconciliation (sin as rebellion, the evil yetzer, human victory by God’s grace over the evil yetzer created by God, forgiveness, repentance).

For the sake of a contemporary Jewish Studies philosophical polemic, let me start this post with the observation that Solomon Schechter refused to translate “Torah” as “law.” Complementary in relation, “law” and “Torah” are modelled as distinct but not separable terms. Nothing more and nothing less, “[t]o the Jew the word Torah means a teaching and instruction of any kind” (p.117).  Law or mitzvah is only one aspect of rabbinic theology, Torah meaning “something more than merely the Law.” Not, after all, the be end and all of Judaism, in the center of the structure of the book, Law is not the first word and not the last. Law is in media res in a structure the point of which is to create saints, not jurists.

Naïve in form, “old Jewish thought” is not precise or systematic. It admits no confidence in things like “Jewish legalism” “transcendentalism” [sic], or “Jewish self-righteousness.” As Schechter understood it, the more one looks, the more it becomes clear that old Jewish thought is “against the certain” (1). What pervades Schechter’s entire reconstruction is the intense intimacy. God’s involvement in world is intensely intimate, so too God’s relationship with Israel. The last word in the Judaism refracted in Aspects of Rabbinic Theology is God’s power, God’s goodness, magnified by Israel, the good God who wants teshuva (the turning of the human heart or repentance), Yom Kippur and new creation, the absorption of Israel into God’s light. A simple thing in rabbinic theology is the thought in which God is not transcendent and remote, but immanent in the world. God is above, beyond, and within the world (p.25). Against a distant theism, readers of contemporary theology and New Age theology or Jewish Renewal will want to note that Schechter calls this theology “semi-pantheistic.”

Naïve and sweet is the affective ambience permeating Aspects of Rabbinic Theology. Again for the purpose of a contemporary polemic, compare the prevalent mood created by Schechter to the harsh glare cast by the emphasis on obedience that determines the analysis of Jewish law in the political philosophy of Leo Strauss. For Schechter, the Law is determined by beauty, ease, delight. Schechter might pay lip service to “fear,” but “joy” is “essential” to understanding the law, “an originality of sentiment more or less delicate (p.148). In the sweetness of the service of God, joy is more acceptable to God than the mitzvah itself. (This thought is borrowed from R. Bachye Ibn Chalwah) (p.151). In the old Judaism, subject to so much personal reminiscence in Schechter’s text, deep despair is given to “sudden transition” into the highest joy and cheerfulness (p.159).

Again sweet, naïve, and intimate, in “rabbinic theology,” all is for the love of God and for the holiness to Israel, the beautification and glorification of Israel (pp.167-8). The chapter on the election of Israel has as its focus the close, unconditional paternal relation of love, the fatherly relation itself is marked by ease and delight (chapter 3). This same thought is drawn out in the chapter on the Invisible Kingdom, in which the total ambience is spiritual with no intruding elements between “man” and God. Without any human mediators, the invisible kingdom is one of immediate union, absorbed in superior light, trust, and willing submission, loving God with all one’s heart, singing sweet songs (chap. 5). The final and last word of the book is not ethics, but communion with God, teshuva and reconciliation (p.217).

Here’s what’s not so simple about Schechter’s reconstruction, assuming that the naïve in style is one in which an object is presented as simple in a way that is not simple at all.

Undoubtedly, Schechter’s reconstruction draws out of deep wells of personal reminiscence. Aspects of Rabbinic Theology could be compared to a memory book. Reading with a sympathetic eye alongside Finkelstein’s introduction to the second edition, I have every confidence that the picture drawn by Schechter draws off the deep personal memory of an old Ashkenazi Judaism already buffeted at the turn of the twentieth century by centrifugal forces of modernity. Aspects of Rabbinic Theology might very well reflect the way things once were just a few decades prior to the first publication of the book in 1909. Schechter’s analysis is already antiquarian. But while the picture might be more or less accurate as to the general impression made by it, the reconstruction of memory is never as simple as it seems, starting with the use of sources that go into the study.

Two methodological points are, in this light, worth noting. These methodological observations concern the pre-critical handling by the author of texts, both rabbinic and medieval. First, regarding the rabbinic texts, Schechter understands already in 1909 that all we have of them are anthologies, but none of the source materials in their original condition. Namely what we have our redacted sources, not primary sources that bear the heavy influence of its editors. At the same time, Schechter advises his readers to avoid laboring the material too much and “to fill them with meaning,” wanting to “interpret” them as little as possible (pp.16-20). The texts are supposed to speak for themselves. Secondly, to complete the reconstruction of old Jewish thought, Schechter moves off the rabbinic sources themselves. While rabbinic sources provide the basic building block, they are crowned by medieval pietistic sources, in this text, chiefly Bachya ibn Pakuda and Eleazar of Worms, as well as devotional literature and hymnology. This is the case especially in the chapter on the Invisible Kingdom, which is dominated by these medieval sources, not by rabbinic ones. The swerve back to the sobriety of law and control in the rabbinic sources, serving as a precaution against mysticism, seems more like an afterthought or prophylactic (pp.76-8).

Also not simple is the relationship between the old Jewish thought in Aspects of Rabbinic Theology and the modernity against which it stands in opposition in the form of a rebuke. On the one hand arrayed are the old Jewish values of pathos, immanence and intimacy, a critique of brute nationalism and power, appeals to human dignity, and religious values that are pietistic and quietist. This is the naïve sweet style brought into tension with the harsh rebuke of modern world (capricious, pagan, individualistic, theologically unserious). But are not these both caricatures? Is the old Judaism sickly sweet and sentimental? The caricature of tradition and a caricature of modernity? Was it not the case that maybe the German Jewish thinkers like Buber, Rosenzweig, and Baeck understood the possibilities of modernity just a little bit better? That old Judaism and rabbinic theology have a place in the modern world is actually as unclear to Schechter as it might be to us, his critical and admiring contemporary readers. On the other hand, maybe Schechter understood religion better than did the Germans, and that maybe, after all, there might be something to Schechter’s rebuke from a long time ago.

Zachary Braiterman is Professor of Religion in the Department of Religion at Syracuse University. His specialization is modern Jewish thought and philosophical aesthetics. http://religion.syr.edu
View all posts by zjb →
This entry was posted in uncategorized and tagged Ashkenaz, Judaism, law, Solomon Shechter, talmud-midrash. Bookmark the permalink.