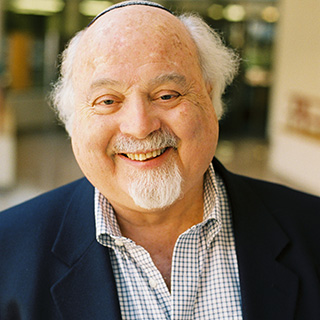 In Conservative Judaism, will his legacy be forgotten? A working Jewish philosopher-theologian and rabbi at the Jewish Theological Seminary, Neil Gillman (z’l) was a genuine liberal who embraced relativity and tension in religion as a source of creativity and vitality. At the 2005 convention of the United Synagogue he argued that Conservative Judaism should no longer consider itself to be a halakhic movement, that its commitment to halakhah is a “broken myth,” and that the claim itself, qualified by a thousand conditions, turns out to be “unfalsifiable.” The address was expanded as “A New Aggadah for the Conservative Movement” and published in Doing Jewish Theology: God, Torah, and Israel in Modern Judaism (2008), which you can read here.  Instead of upper case Halakhah, viewed as something of an ideological talisman of authentic Jewish identity created by rabbis for rabbis, what remains is ordinary custom, the minhag of the movement in relation to tradition, mitzvah, and ritual. During shiva, Bill Plevan posted at Facebook these memories and remarks about him which he has given me kind permission to put up here. All of what appears below is Bill.

Now that we are in the period of shiva for Neil Gillman, a great teacher for many of us, I want to share one memory or teaching each day until Friday. First, I want to recall one of early encounters with him and Elliot Dorff at a CAJE conference in the summer of ’95. I had been taking Neil’s summer course at JTS they content of his teaching was not new. But I was enthralled to be witness a theological between these two great teachers (insert East Coast/West Coast joke here) in front of an audience of Jews hungry for serious theological ideas. Basically, the debate centered around the role of evidence in theology, with Elliot placing great significance and Neil emphasizing existential faith with no recourse to evidence. The debate turned to some extent on their interpretation of John Wisdom’s classic essay “Gods.” I still marvel at the fact that these two teachers could take complex epistemological issues in the philosophy of religion and make them accessible to Jewish adults with no formal philosophical background. To this day, I seek to emulate their teaching.

Neil Gillman was known for teaching that our religious beliefs should be understood as myths, not in the sense that they are not true, but that they are “the connective tissues that knit together the data of experience.” I remember, that when he taught this in class, he would use two examples of how we commonly used single words to describe dynamic entities: “the market,” meaning the financial markets, and “the Knicks’ passing game.” We can talk about the passing game, in a sense we see it, but it is not a static being, rather it is a dynamic reality. Unfortunately, the Knicks’ passing game has rarely been proof for the existence of God, but I think about this image, and the image of him teaching it, once and while watching basketball.

Someone either at the funeral or later quoted Neil Gillman’s discussion of resurrection where he says that for God to truly be God, God must be able to conquer death. It made me realized that I had used the first part of this phrasing to explain Jewish theological debates in my class in Modern Jewish Thought at JTS (a course Neil would have been teaching, maybe even should have been teaching). Jewish theological claims often take this form: if God is truly God, then God must…” Neil’s work on resurrection was a much more profound methodological reflection on what we do when we do Jewish theology (in a post-Kantian key) than I think I realized at the time. But the philosophical issues underlying this teaching perfectly summarizes the philosophical issues that concerned me, that he and I shared, and that drew me to him as a teacher: what does it even mean to make a claim about God?

An important part of Neil Gillman’s work was his role in interfaith dialogue efforts in New York. He was involved in the journal CrossCurrents, an important forum for interfaith dialogue. He also advised a group of JTS students through the Finkelstein Institute at JTS who engaged in dialogue with five other seminaries in the New York area. These dialogue programs were such an important part of my education and it would not have been so rewarding without Neil’s guidance and leadership (also thanks to Naomi Kalish for her leadership then). I also remember one evening when we were driving in a van together returning from one Seminary visit in Westchester, he remarked on the beautiful view of the George Washington Bridge coming down the Henry Hudson Parkway, another example for him of radical amazement. Sara and I usually think of him when we see this spectacular sight, even to this day.

I missed posting something about Neil Gillman yesterday, so I will post again after Shabbat, to round out the week of Shiva. Neil regularly taught the passage from the book of Exodus 14:30-31 where it says that the Israelites saw the work of God, revered God and had faith in God. The challenge of a modern, or postmodern theology, is to recover this immediate sense of seeing God, that God’s reality in the world would become, once again, part of our way of seeing. His use of Ricouer’s conception of second naivete was directed to address this precise challenge. As always, the great teachers give us great questions as much as compelling answers.

Zachary Braiterman is Professor of Religion in the Department of Religion at Syracuse University. His specialization is modern Jewish thought and philosophical aesthetics. http://religion.syr.edu
View all posts by zjb →
This entry was posted in uncategorized and tagged law, Neil Gillman. Bookmark the permalink.