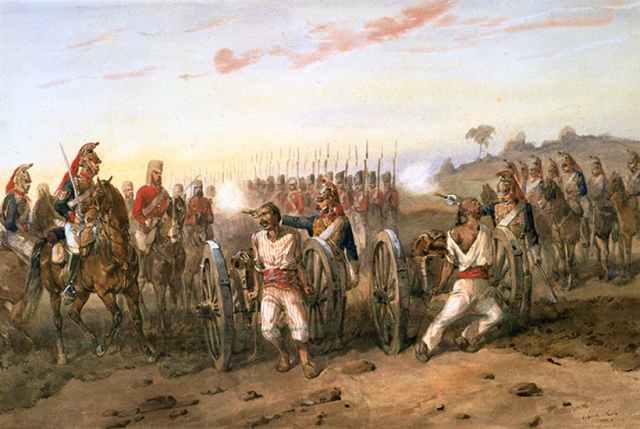 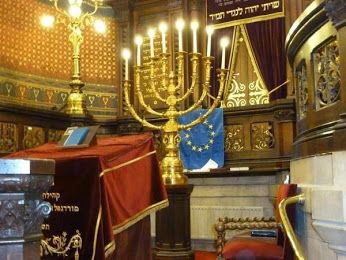 Way behind blogging the 1936 iconic Hertz commentary, here is my quick distillation of key points of interest in the Hertz commentary to the book of Numbers, which is largely uninteresting. I don’t know if this distillation is unique to Numbers. I’d have to re-check the commentaries to Genesis, Exodus, and Leviticus. For that I have neither the time nor inclination, but am trusting my own perspicuity as a reader. At the very least, these were the points that caught my interest over the summer in synagogue as I was following along the Torah readings in the synagogue as I reflect back now in October.

Thinking about Noam Pianko’s thesis that the idea of Jewish peoplehood is a distinctly 20th century idea, what stands out in the Hertz on Numbers is peoplehood and power. There is little of interest, I think, in the Hertz discussion of the priestly texts that dominate the book.

My attention was caught first by the comment re: the Menorah in Num. 8: 2. It is described, naively, as “one of the favorite symbols of Judaism,” reflecting spiritual conquest, the spirit of God against human might and power. Again naive is the notion that Israel is the Servant of the Lord performing “divine tasks without violence.” The image, drawn from Isaiah, is one of “irresistible illumination” and “the gentle agency of light.”

How that trucks in the Hertz with what follows in the book of Numbers is an open question, starting with the divine violence that breaks out in the story of the Korah rebellion.  For the Hertz, its punishment is meant to be a “vindication of Moses and Aaron” and the Jewish legal code in a life and death struggle with demagoguery and anarchy (intro. to chapters 16-18). But about the destruction of Korah and his co-conspirators, the Hertz is virtually silent (16:30-5).

(About gifts to priests, there’s the appearance of the word “emolument” which is only funny now, given its currency now under President Trump) (chapter 18)

But about the paradox of the holy, the Hertz seems to be aware in its commentary to the Red Heifer ceremony in chapter 19. “A word must be said” about this paradox, which is the “simultaneous possession of sanctification and defilement.” This appertains not just to “general history,” but also to Jewish history, which is that institutions and movements which can sanctify can also defile those that create or direct them. The very people who help others are not infrequently “hard and self-centered, hating and hateful; elevating others and themselves sinking into inhumanity, impurity, and unholiness” (note to 19:20). “Not infrequently” indeed. The insight often goes missing in contemporary Jewish Studies, particularly, although not uniformly, in relation to the mystical tradition and Hasidism.

About the incident with Balak and Baalam, the Hertz returns to that idea of Israel as “an irresistible People” confronting the “old enigma” that is Balaam’s personality, representing “the permanent type of the enmity of the impious against Israel.” Readers today will turn away from this version of eternal anti-Semitism, but might want to note the historical retrospect involved in reading a commentary such as this whose point of origin is Europe in the 1930s. But it’s worth noting the balance struck in the Hertz. First is the note that Balaam’s reception in Jewish tradition is not completely hostile. In reference to the negative and positive reputation of Balaam among Christian readers (Church fathers, Lessing, Herder, and biblical critics), the Hertz maintains that, “Careful reading of chapters xxii-xxiv shows that those who approve of everything Balaam says or does are as far from a true estimate of him as those to whom he is a semi-diabolical figure” (note to chapters 22:2-25:9). This is rather extraordinary in the middle balance it tries to strike regarding this most famous of biblical gentile prophets.

About the sin of Baal Peor and the fanatical violence of Pinchas, the Hertz more or less follows the biblical script while actually having relatively little to say about them. Surprisingly, relatively little is said about sexual immorality (see note to 25:1-9, note to 25:10-15). And then, writing about the war of annihilation waged by Israel against Midian, the Hertz finally has this to concede. “The war against the Midianites presents peculiar difficulties. We’re are no longer acquainted with the circumstances that justified the ruthlessness with which it was waged, and therefore we cannot satisfactorily meet the various objections that have raised in that connection.” What follows is an interesting historical note appertaining to British colonialism. The Hertz quotes from the Expositor’s  Bible, “Perhaps the recollection of what too place after the Indian Muting, when Great Britain was in the same temper, may throw light on this question, The soldiers then, bent on punishing the cruelty and lust of the rebels, partly in patriotism, partly in revenge, set mercy altogether aside.” The Hertz follows this, suggesting that “The Midianites affected were only the clans that lived in the neighborhood of Moab. This accounts for the persistence of Midianites in later periods of Israelite history.” (note to 31:11).

The Hertz effectively throws up an apologetic hand in this, the last note in the book of Numbers drawing out attention. The apologetic is classic. It contains almost as many multiple parts as a menorah. [1] Unable to come up with anything satisfactory to justify the violence in the biblical text, the commentary [2] notes the vast historical gulf between that violence and our own day, while [3] highlighting not uncritically a contemporary act of ruthless war close to his own readers’ time and patriotism; and finally [4] observing that one cannot read the text literally, since clearly, by the text’s own accounting, it was not the entirety of the Midianite people put to destruction, but “only” a part.

Looked at charitably, the apologetic reflects a modern variation of bourgeois religious humanity and humanism. Unable to come up with anything satisfactory by way of a justification, the Hertz steps back away from the violence of the text which it tries to contain and hedge in by way of critical distance.  Understanding that this others will not probably see it this way, it seems to me that the Hertz stands on the side of the “gentle agency of light” against the terror of human might and power, or at least works very hard to be able to do so.