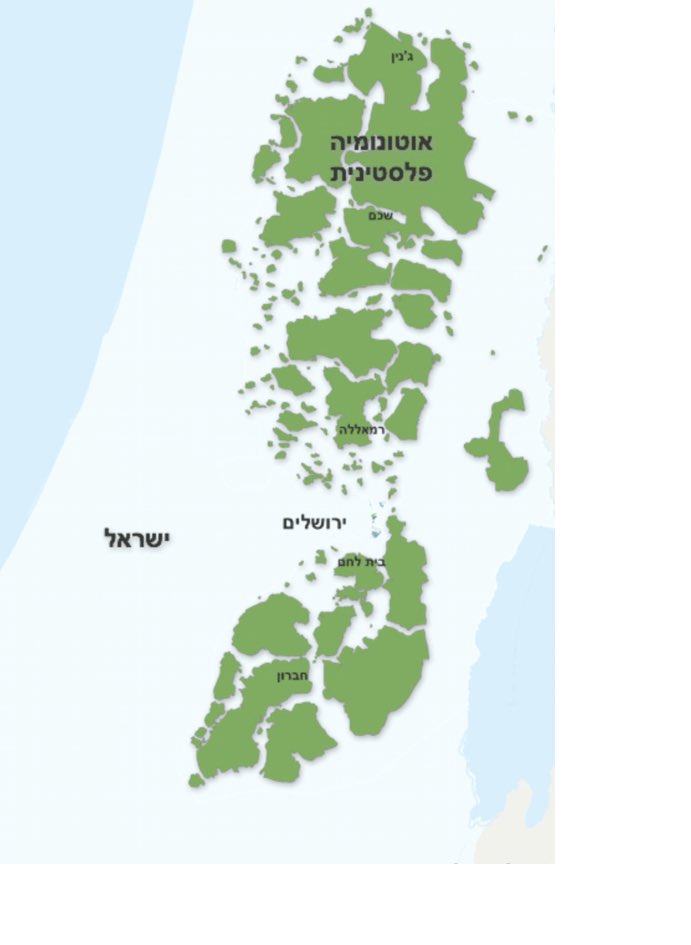 (h/t (Yariv Oppenheimer, at Twitter) This is it and it comes to this.  Without the secure envelope of the Green Line that “separates” sovereign Israel from the occupied West Bank, now currently held under military law, the map Israel will look like this if, under the Trump so-called Peace Plan, Israel finally and formally annexes (de jure) all the West Bank settlements. Without the Green Line and the fig leaf of democracy to hide behind, formally extending Israeli sovereign civil authority to all Jewish settlements would color in all the space currently defined as “Area C” under the moribund Oslo Accords, submerging Israel into the West Bank and the West Bank into Israel, leaving isolated pockets of green representing West Bank-Palestinian bantustans. No longer a Jewish territorial state and no longer a democracy, at that point, the only possible, just, and practical way forward is one vote per person in one country, bi-national, between the river and the sea.