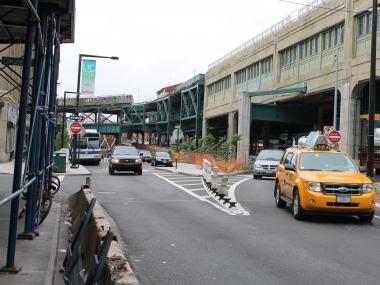 [2 pedestrians waiting at foot of the off-0ramp from the Queensboro Bridge.]

Pedestrian 1: That’s not going to get him anywhere.

[P1 and P2 start on their separate paths.]

P1 (over their shoulder): Except you!

Zachary Braiterman is Professor of Religion in the Department of Religion at Syracuse University. His specialization is modern Jewish thought and philosophical aesthetics. http://religion.syr.edu
View all posts by zjb →
This entry was posted in uncategorized and tagged ethics, New York. Bookmark the permalink.