Antifa in Jewish Palestine (circa 1934) 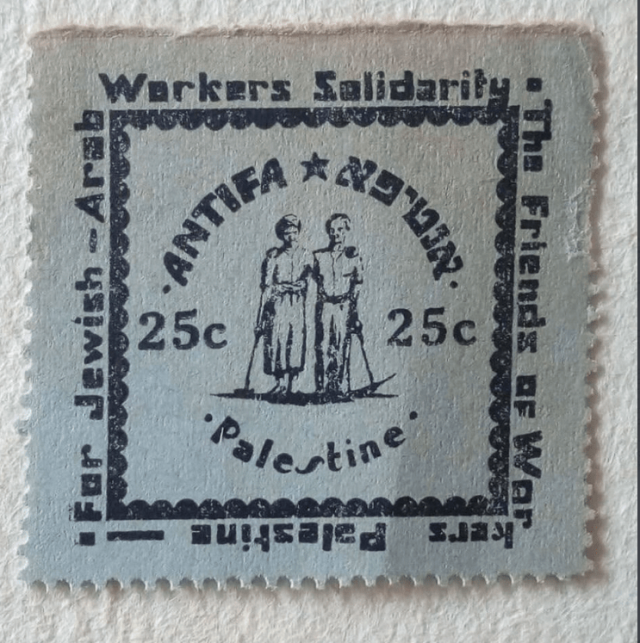 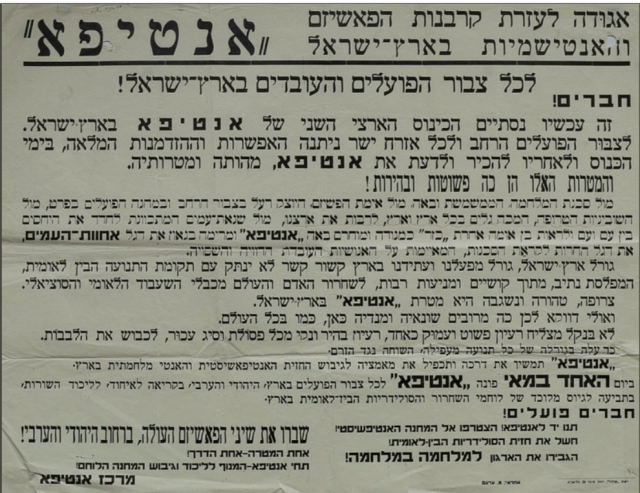 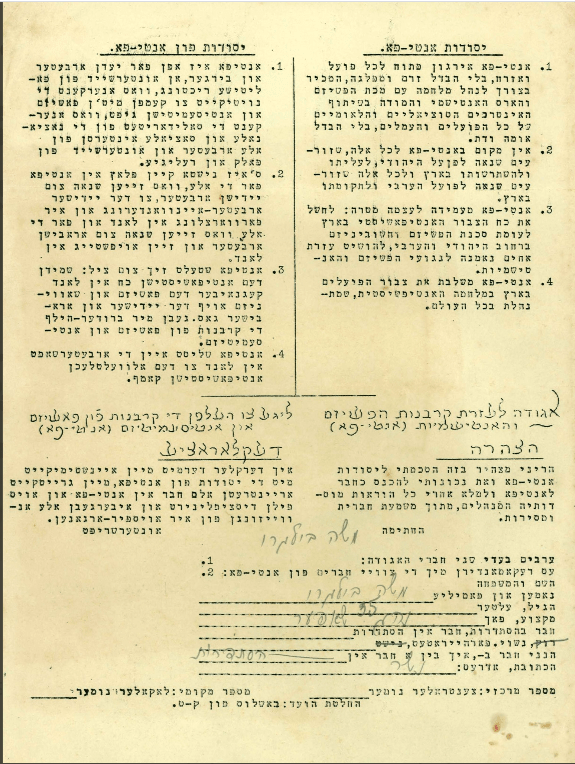 (h/t Edo Konrad & Brat Skoff (?) on Twitter at @edokonrad and @brat_skoff) This Antifa is not what some of you might think it is or want it to be. It’s from Jewish Palestine circa 1934, a bi-national Zionist organization, the Association to Aid Victims of Fascism and Antisemitism (dubbed ANTIFA), including Buber, Magnes, etc., and raised money for Spanish Republicans. Different than the KPD’s Antifaschistische Aktion.

The stamp in the first image calls for Arab Jewish solidarity.

The second document is a May Day flyer.

The third image is a membership pledge page including the declaration of 4 principles, which you can find translated here:

3) Antifa aims to forge in this land an anti-fascist force against all forms of fascism and chauvinism among the Jewish and Arab publics. We provide brotherly help to victims of fascism and anti-Semitism.

4) Antifa recruits the workers of this land to the worldwide fight against fascism.

Zachary Braiterman is Professor of Religion in the Department of Religion at Syracuse University. His specialization is modern Jewish thought and philosophical aesthetics. http://religion.syr.edu
View all posts by zjb →
This entry was posted in uncategorized and tagged Buber and Rosenzweig, Israel. Bookmark the permalink.