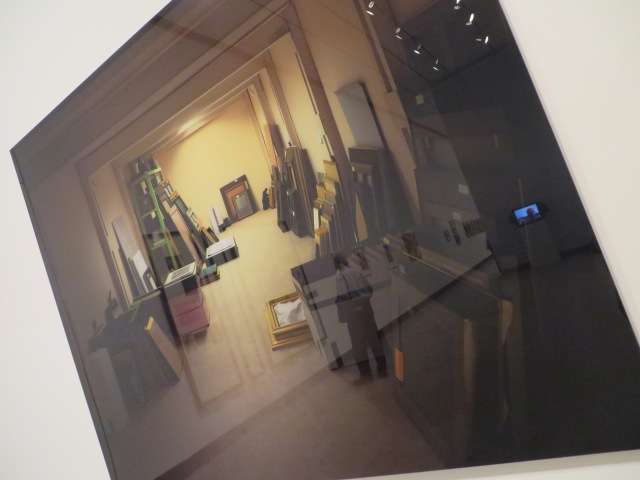 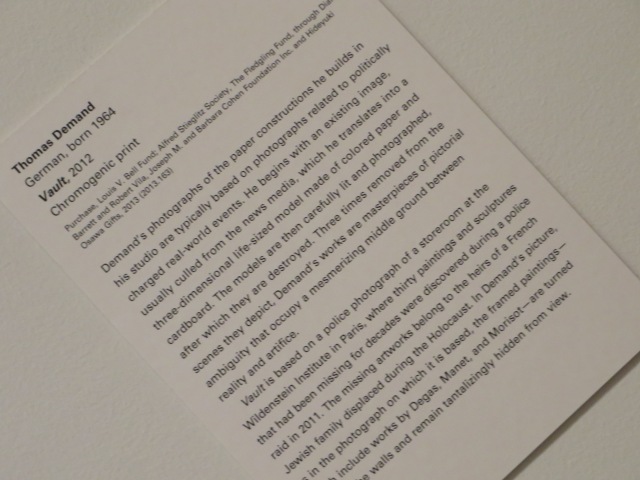 Put to rest that old hoary notion that photography has a special ontological relation to reality. In works by contemporary photographer Thomas Demand, that relation is marked as hypermediation. The image is at least three times removed from the original object. The artist [1] takes a photograph of an interior, [2] reconstructs that interior with or as a paper model, [3] shoots the model, which he then destroys. There’s no trace of the original. It has disappeared into the photographic image. It looks real, but it’s not. In its fourth mediation, shot by a visitor to the museum, you get reflections from the gallery space, as if it was meant to be photographed, adding a neat new and external dimension to the “original image.” In this particular image, Vault, mediation and hyper-mediation are brought to bear upon the Holocaust and its memory, which have been trans-mediated in art and into art.

Zachary Braiterman is Professor of Religion in the Department of Religion at Syracuse University. His specialization is modern Jewish thought and philosophical aesthetics. http://religion.syr.edu
View all posts by zjb →
This entry was posted in uncategorized and tagged art, image, Museums & Galleries, photography. Bookmark the permalink.